Samsung Bioepis biosimilar is rolled out in the U.S.

Samsung Bioepis biosimilar is rolled out in the U.S. 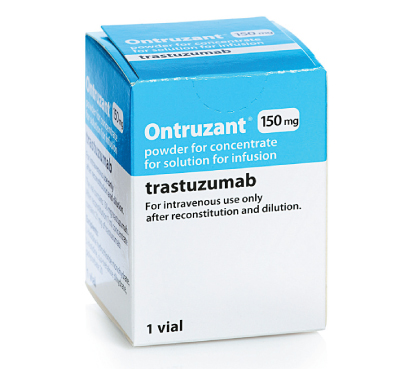 Samsung Bioepis has started selling a cancer therapy biosimilar in the United States.

The company, which is a joint venture between Samsung BioLogics and Cambridge, Massachusetts-based Biogen, announced Thursday that the marketing of Ontruzant, which targets stomach and breast cancers, has commenced in the United States. It is being sold in cooperation with Merck, its overseas market commercial partner.

Biosimilars, according to the U.S. Food and Drug Administration (FDA), are biological products that are approved based on proof they are highly similar to other approved products. The drugs have no meaningful clinical differences in terms of safety or effectiveness from the reference product.

Ontruzant, which references Roche’s Herceptin, is the fifth trastuzumab biosimilar introduced in the U.S. market, following Pfizer’s Trazimera, Mylan and Biocon’s Ogivri, Amgen and Allergan’s Kanjinti and Celltrion’s Herzuma. The United States is the largest biopharmaceutical market in the world.

The biosimilar from Samsung Bioepis was launched in Korea and in the European market in March 2018.

Samsung Bioepis believes it can gain an edge in the competition by offering Ontruzant 15 percent cheaper than Herceptin. The final price may be different for U.S. customers depending on their health care plans and rebates.

Last year, the company reported its first net profit since its 2012 founding as it achieved strong sales of some biosimilar products in Europe.

Ontruzant is the company’s second biosimilar product after the introduction of Renflexis in July 2017. The company previously earned FDA approval for its etanercept biosimilar and adalimumab biosimilar but has not yet marketed the products.

Samsung Bioepis is also awaiting review from the FDA on selling its bevacizumab biosimilar that references Genentech’s Avastin.