Shinsegae and K-water to build a massive theme park

Shinsegae and K-water to build a massive theme park 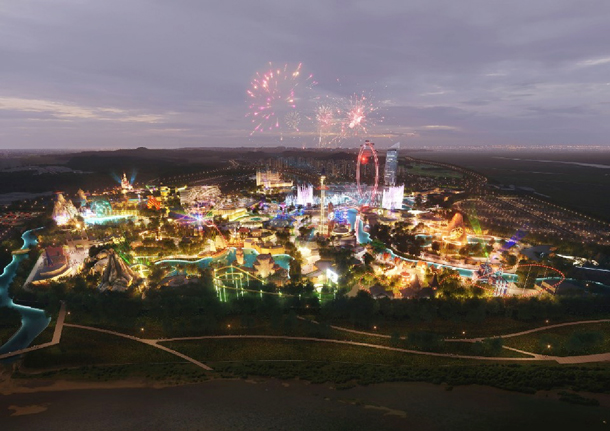 An aerial view of a theme park that is scheduled to open in Hwaseong, Gyeonggi, by late 2030. [SHINSEGAE GROUP]

A Shinsegae Property-led consortium signed an agreement with K-water to develop a theme park in Hwaseong, Gyeonggi, Shinsegae announced on Thursday.

The consortium includes Shinsegae Property, with 90 percent of the share, and Shinsegae E&C, which owns the remaining 10 percent.

K-water will provide the land the theme park will be built on.

Shinsegae plans to establish a separate corporation to undertake the project.

The park will include shopping complexes, recreational facilities and accommodations.

Shinsegae Property construction will begin late next year after licensing is concluded.

“Following the agreement, we’ll be able to accelerate the process required to build the Hwaseong Global Theme Park,” said Shinsegae Property CEO Lim Young-lock in a statement. “We will create an international tourist venue that connects with the best content and information technologies Shinsegae has.”

The theme park is expected to generate 15,000 jobs and draw 19 million visitors a year, according to Shinsegae. It is expected to create 70 trillion won ($62.5 billion) in economic value.

The Shinsegae consortium was named as the preferred bidder for the theme park project in February last year.