The call of our times

The call of our times 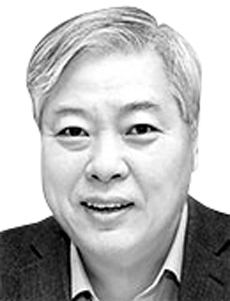 Kim Woo-cheol
The author is a professor on taxation at the University of Seoul.

Koreans were clear-cut in their message through the vote for the 21st National Assembly. The ruling Democratic Party’s landslide victory that even stunned the party articulated the people’s desires for a new start for the nation after overcoming the Covid-19 crisis. The people have given a comfortable majority in the legislature to the ruling party so that the government can unite and stabilize the country from the virus-aggravated crisis and implement changes for a stronger future.

The majority centrists backed the liberal front to put an end to endless political wrangling and concentrate resources on fighting the crisis and normalizing lives of the people. The ruling party must respect their wishes and veer away from their ideological partiality to better reflect practical reason and future-oriented centrist values in policymaking. It must shift its political paradigm to reinforcing innovation-led growth through labor and regulatory reforms.

In crisis control, setting the principles in public policies and prioritizing them is important. To maximize limited fiscal resources, efficacy in their deployment is essential. Viruses attack both the poor and the rich, but an economic crisis can be harsher on the socially weak. Instead of random relief fund handouts, government aid should go more to the workers in a precarious position and self-employed. It would be more effective to subsidize the employers and employees through employment programs rather than giving out cash to individual companies and workers. As was done with quarantine, the work of fighting economic troubles should be led by experts with minimum political involvement.

If the ongoing crisis can be overcome, Korea can make a leap toward G10 or even G7 rank. What can turn crisis into a momentum of new growth lies in the implementation of reforms with the farsighted goal of creating bigger social values through pain-sharing. Policy priority should be set to sustain companies and prevent them from shedding jobs through a labor-management consensus so that employers and employees will not be victimized by the economic turmoil.

Under the pain-sharing principle, companies should be guided to ensure employment and unions condone a salary freeze to jointly combat the crisis. The ruling party is in the best position to spearhead reforms after winning a majority in the legislature. Leftist governments in northern Europe were able to achieve labor reforms through the support of the labor base.

For labor reform, the wage system should be based on the work type instead of seniority. In the longer term, fiscal strength should be reinforced to back flexibility and stability in the labor market. Authorities must aggressively implement deregulation along with fiscal support as companies cannot solely shoulder the cost of labor reform.

The National Assembly must expedite approval of bills that have passed review. A bill on expanding flextime to make up for the side effects in the rigid 52-hour workweek, a bill on advancement in retail industry, and a bill on social and economic support all can stimulate corporate sentiment. The service industry advance act also should be passed as soon as possible because the services industry can contribute more to creating jobs than the manufacturing sector.

In the aftermath of the new coronavirus, remote and selective medical care can become a new norm. Employment of telemedicine can be a timely impetus to the Korean medical society which has demonstrated its superiority and devotion through the Covid-19 crisis.

The airline, tourism and retail sectors and many other industries are in restructuring. Mainstay export industries like automobile, steel and petrochemicals are also in jeopardy. The National Assembly must compose a bipartisan body to come up with the guidelines and action plans on restructuring through an emergency restructuring act. Bipartisan cooperation can be more effective.