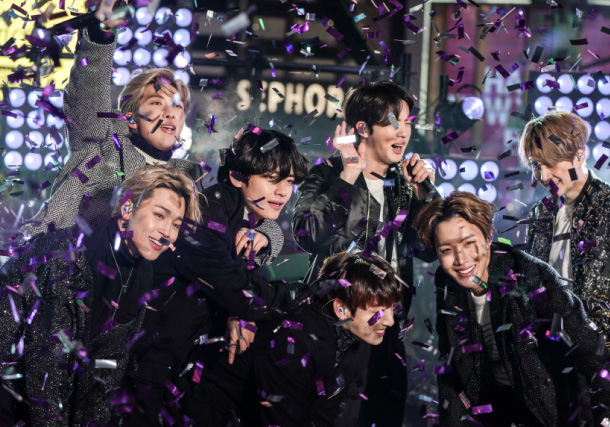 A total of 50 million views were recorded over the two days of “Bang Bang Con,” during which past BTS concerts and fan meet events were streamed live on the group’s official YouTube channel over the weekend.

According to BTS’s agency Big Hit Entertainment, the two livestreaming sessions grossed 50.59 million views during the 24-hour run, with a high of 2.24 million viewers logged on simultaneously at one point.

“Bang Bang Con” was organized to entertain fans stuck at home while following social distancing measures around the world. The stream included footage from BTS concerts and fan meet-and-greet events held between 2015 and 2018.

In between the performances, the members of BTS introduced fans to ways that they could stretch at home and encouraged them to get up and eat.

Around 500,000 “ARMY Bombs,” or official fan club light sticks, were connected to fan community app Weverse from 162 regions around the world, lighting up in different colors in accordance with the concert being streamed on YouTube.

“‘Bang Bang Con’ has opened up a new way of concert viewing uniting ARMY all over the world, going beyond a simple viewing experience,” the agency said.

BTS also alluded to new content at the end of the event, saying, “In June, BTS comes back to the rooms of ARMY.”

Meanwhile, each member of BTS is providing fans with a look into their daily lives through YouTube for their homebound fans. First up was leader RM, who showed himself working inside his studio on April 17.