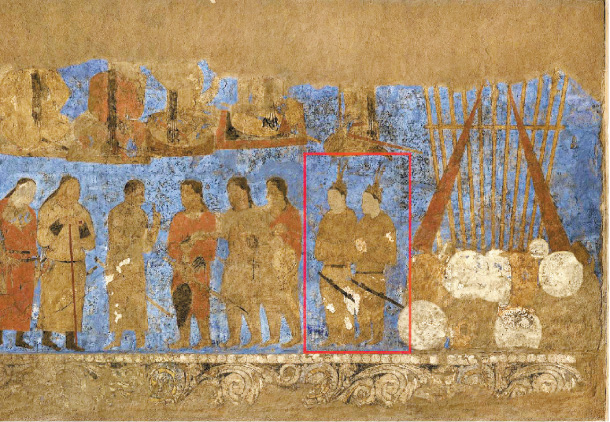 Korea’s Cultural Heritage Administration announced recently that it has completed scientific analysis on 11 wall painting pieces it brought from Uzbekistan’s Afrasiab Museum last year. The pieces were from a painting, shown above, depicting foreign envoys from the ancient Korean kingdom of Goguryeo (37 B.C. to A.D. 668), indicated in a red box, Tibet and the Tang Dynasty of China. The administration and Uzbekistan’s Culture Ministry agreed to cooperate on heritage research when President Moon Jae-in visited the museum in April 2019. [CULTURAL HERITAGE ADMINISTRATION]