The ball is in the DP’s court

The ball is in the DP’s court 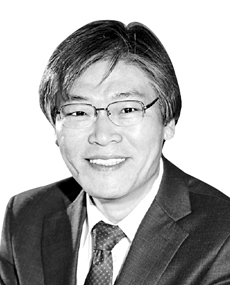 After its historic landslide victory in last week’s parliamentary elections, the ruling Democratic Party (DP) is keeping a low profile. There was no celebration, partly because of the national crisis caused by the coronavirus outbreak. Instead, the party leadership is stressing the importance of maintaining humility. “You must assume a humble attitude, study the public sentiment, and carefully act and speak,” DP Chairman Lee Hae-chan told lawmakers-elect.

In the aftermath of the National Assembly’s impeachment of President Roh Moo-hyun, the Uri Party won 152 seats in the 2004 parliamentary elections. With that solid majority, the ruling party railroaded through four major reform bills to abolish the national security law, enact a bill governing the settlement of the past and revise the private school foundation law and media law. Its attempts backfired. It suffered crushing defeats in the 2006 local elections and 2007 presidential election, and Roh loyalists’ political futures faced an end. That must be why Chairman Lee was telling DP members to remain humble and remember lessons from the past.

Including the seats won by its satellite offshoot the Citizen Party, the DP won a whopping 180 seats — three-fifths of the 300-member legislature. It has become a ruling party capable of doing almost everything short of a constitutional amendment. That’s an opportunity and also a burden. Until now, it could blame the main opposition United Future Party (UFP) for obstructing its legislation efforts. But there will be no such excuse from now on. If it railroads through any bills with its absolute majority and something goes wrong, it will be fully responsible. Power and responsibility are two sides of the same coin.

It is promising that former Prime Minister Lee Nak-yon — who has solidified his position as a presidential hopeful of the DP through the landslide victory — said, “We want to end fights in the National Assembly and transform it into a working legislature. By doing so, we will change low-quality, wasteful politics into productive and prestigious politics.”

The control of 180 seats is a strong political asset and a means to realize longtime goals of the ruling party. If the DP actually embraces the politics of cooperation and unity by using that power with restraint and balance — rather than abusing it — the general elections will be a moment that transforms the battle-prone National Assembly into a true arena of constructive discussions on what the public wants.

The plans are intended to allow lawmakers to have proper contests inside the legislature and to standardize political debates to persuade — and find compromise with — opponents.

No one will disagree with these changes. The opposition UFP has no excuse to reject the plans because its crushing defeat was partly caused by its habitual boycotts and strikes outside the Assembly for the sake of opposing the ruling party. As soon as the newly elected lawmakers start their terms, the ruling and opposition parties must revise the National Assembly Act to establish a foundation for a functioning legislature and work together to minimize the massive social and economic repercussions of the outbreak. To this end, the role of the next Assembly speaker is crucial.

When you have power, you are tempted to use it. The DP will be lured into completing the remaining reform agendas during the next two years before President Moon Jae-in steps down in 2022. But if the party railroads them through recklessness, it will face peril. The DP could very well follow in the footsteps of the Uri Party during the Roh presidency. First of all, the DP must not be greedy. Instead, it must push forward feasible reform bills by persuading the opposition party.

Amid the global crisis of the Covid-19 pandemic, Korea’s prestige is actually elevated. Foreign media are praising Korea as a true advanced country for stopping the spread of the disease without full lockdown measures. A survey showed that 65 percent of Koreans see their country as an advanced nation as they go through the Covid-19 crisis. In the poll, 64 percent said they feel fortunate to be citizens of Korea. If we manage to accomplish economic recovery as well, Korea’s prestige in the international community will be drastically elevated.

Having a ruling party that controls 60 percent of the legislature is unknown territory. If we use this opportunity properly to build a working National Assembly, we can also become a politically advanced country.

In the midst of national crisis, the voters allowed the DP to demonstrate its real abilities by supporting the stability of the administration, rather than condemning it for any failures. If the ruling party fails to use this precious chance by holding onto an obsolete ideology, the people will hold the DP accountable in the next parliamentary elections. The ball is in the DP’s court. It has no more excuses.