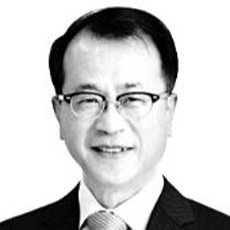 Yun Young-ho
The author is a professor of medicine at Seoul National University and president of the board of directors in the Korean Academic Society of Health.

Several months into practicing social distancing, many people complain they fear dying prematurely due to hunger or stress, rather than from Covid-19. The Bank of Korea said in a recent report that the Korean economy will likely suffer as severely as in the 2008 global financial crisis.

As the economy staggers and new infections drop, the government announced an ease to its so-called high-intensity social distancing campaign Sunday, saying the dialed-down version will last through May 5. If the plateau continues until then, the government said it will introduce a new “everyday disease control system.” The guidelines have not yet been revealed. Past global pandemics always had a second wave, and even today, the risk of such for Covid-19 in Korea lingers. Every two weeks, the government will have to assess Korea’s situation and gradually introduce steps to return to normalcy.

To prevent a second wave of Covid-19, the government must take the following measures.

First, it should appoint a person to take responsibility for the government’s decision to introduce the new everyday disease control system in early May, as well as its ensuing results. That person in charge will have to prepare for a long battle of on-and-off social distancing campaigns of varying levels and lead government efforts to gain public consensus over them.

The person will also have to be able to prepare for a world completely different from ours right now and encourage exhausted members of the public to renew their will to fight the coronavirus and abide by stricter health guidelines. He or she must draw cooperation from both ends of the National Assembly and all across the government and the public. In the worst-case scenario, the person must know how to bow out, too. Either the minister of health and welfare must be swapped, or the prime minister should use his authority to reorganize lines of command.

Second, the government must devise phased countermeasures for domestic infections while considering the situation of the rest of the world and draw international cooperation. Korea still sees several imported cases of infection lately. At a time when the global economy is crumbling and many countries are limiting travel, there’s no way we can return to our pre-Covid-19 world by solely carrying on with our lives and engaging in economic activity.

Third, the government must overhaul and reorganize the country’s medical system and network for preventing the spread of Covid-19 in order to block a potential second wave. The government should block imported cases, keep close tabs on quarantined people and track them down if they wander off, detect asymptomatic patients and run group virus tests on members of society who are vulnerable to infection, such as those in nursing hospitals. Moreover, in case infections peak again, the government should prepare enough negative pressure rooms and intensive care units, isolated treatment centers as well as medical personnel and equipment. It must maintain a sufficient stock of testing equipment.

Health guidelines should be based on opinions from the ground. They should be based on assessments and analyses of domestic and foreign experiences that look into the attributes of Covid-19, networks for preventing the spread of the disease, medical systems, responses from the public and unexpected variables.

The guidelines should be specific to industries such as office workplaces, culture, sports, mass transit, religion, education and child care. They should be specific to different people, places and circumstances. For instance, imagine someone who commutes by subway, works in an office and eats lunch in a nearby restaurant. An app downloaded on her smart phone — let’s call it the “self-management app” — can keep track of her whereabouts and report any risk to government authorities.

By cooperating with game and IT companies, the government can provide different health guidelines to people depending on the risks of their environment and their organization, and educate people by making them run simulations in virtual reality. The government can constantly improve the system by holding trial runs. Private businesses must independently train their employees for ways to prevent infections and carefully go over each step. The government can consider offering incentives to individuals and companies who are exemplars.