An undocumented Kazakh worker has won LG Group’s humanitarian award for his bravery saving lives during a building fire in March, despite the physical danger and the risk that his illegal status would be exposed.

The LG Welfare Foundation on Wednesday presented the award to Yuldashev Aliakbar, 28, a construction worker who was living in a residential building in Yangyang County, Gangwon, when the March 23 fire broke out. 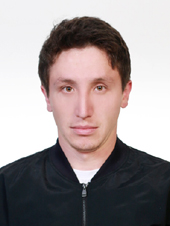 Awakened by smoke and bright light shining into his third-floor room, Aliakbar shimmied down the pipes and cables running along the outside of the building to access the second floor, where the fire broke out, and began trying to evacuate people.

But he ran into another barrier, as his efforts to warn second-floor residents initially fell flat.

Like many foreigners, his grasp of the Korean language wasn’t initially sufficient to get the residents moving.

Aliakbar ultimately helped evacuate 10 people in his building, but suffered burns all over his body. One person died in the fire.

The Kazakh came to Korea on a tourist visa three years ago to provide for his wife and two children.

“He sacrificed his safety and risked possible revocation of his status as an illegal worker to save people,” the foundation said in a statement.

LG Group established the recognition in 2015 to celebrate people for their outstanding contribution to a humanitarian crisis, which received particular attention from late Chairman Koo Bon-moo.

The group extended the range of criteria under its current leader, Koo Kwang-mo.

So far, 121 people have received the award.