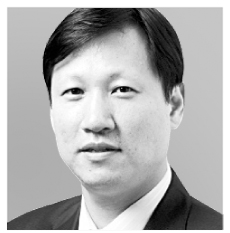 Kim Won-bae
The author is a national news editor of the JoongAng Ilbo.

The National Revolutionary Dividends Party campaigned in the April 15 parliamentary elections on a vow to give 1.5 million won ($1,200) a month to every citizen for life from the age of 18. Even students were awed by the idea of a monthly allowance.

The number of Korean citizens 18 and over who were eligible to vote was 43.99 million. To pay 1.5 million won to them every month, 791 trillion won is needed. That beats this year’s supersized budget of 512 trillion won. The splinter party claimed it could raise 300 trillion won by saving 60 percent of regular government spending and stopping financing of regional development. Few believed in the plausibility of the idea.

Since the unprecedented fallout from the coronavirus epidemic, relief grants and state allowances have come into the spotlight. Local governments made headway. Seoul Mayor Park Won-soon and Gyeonggi Gov. Lee Jae-myung belong to the same ruling Democratic Party (DP) but differ on the means of subsidizing such support. Seoul chose a selective payout by providing “emergency livelihood aid” to families under the median income. Gyeonggi opted for a universal payout — called “emergency basic income” — giving 100,000 won to each resident of the province.

Regardless of the labels, the sums involved are picayune. Novelist Gong Ji-young pointed out that a better term would be “emergency livelihood stabilization money” instead of “basic income.” “Basic income has never succeeded in the world,” she said. No matter what it is called, a universal stipend idea, which is exotic to Korea, has drawn keen attention. Governor Lee now argues for a nationwide basic income.

The relief fund from the government is also expected to be enlarged from the original design. Before the April general elections, the government and ruling Democratic Party had agreed to give up to 1 million won to each family of four in the 70 percent of households with the lowest incomes. As the election neared, the DP suddenly argued for universal handouts. In reaction, main opposition leader Hwang Kyo-ahn called for a 500,000-won payout to every citizen financed through budget cuts. Yoo Seong-min, a member of the same conservative party, sneered that all parties were copying the platform of the National Revolutionary Dividends Party.

The Ministry of Economy and Finance sticks to the original outline: offering up to 1 million won to each family of four in the 70 percent of households with the lowest incomes. But the DP wants payouts to everyone. Instead, high income earners can choose not to accept them or seek a tax deduction by donating their checks. To give out relief funds to every citizen, 3 to 4 trillion won in additional debt must be issued.

Once universal payouts set a precedent, demands could grow — particularly for allowances for youths. Proponents of free handouts are carefree about financing. They package their platforms with ambiguous rhetoric. The theme could dominate the 2022 presidential election.
On Wednesday, President Moon Jae-in ordered the government to package a third supplementary budget this year to create 500,000 jobs. Since there is a limit to cutting the budget, the fund again must be financed by debt. In the face of the unprecedented pandemic, the government’s stimulus role should be reinforced. But the government also has the duty to maintain fiscal integrity. Fiscal spending should be effective in propping up the economy. If the economy stays slack, the government can find itself in a vicious cycle of having to issue more national bonds to pay off its existing debt.

South Korea maintains a sovereign credit rating at the third or fourth highest level in the scale of international rating agencies. Its ratings are one to two notches higher than Japan and China. Seoul has managed to keep its rating stable without any downgrades over the last two decades. If debt swells, its ability to pay it back wanes. If our sovereign credit rating falls, foreign capital can flee and a financial crisis can occur. That is the trap of debt financing.

The only other option left to raise funds are tax hikes. Taxing the rich is possible, but many countries have found out the bad side effects. The government aimed to collect 3 trillion won in property tax last year. That is not a small amount, but it can’t even pay for one round of basic incomes. The opposition has no winning chance in the next election if it only criticizes populism and does not offer an alternative solution.

Taxes must be fair on all citizens. Tax hikes should be universal instead of targeting the rich. The incoming National Assembly must come up with a workable and fair policy.