After a brief hibernation, K-pop acts make a return

After a brief hibernation, K-pop acts make a return 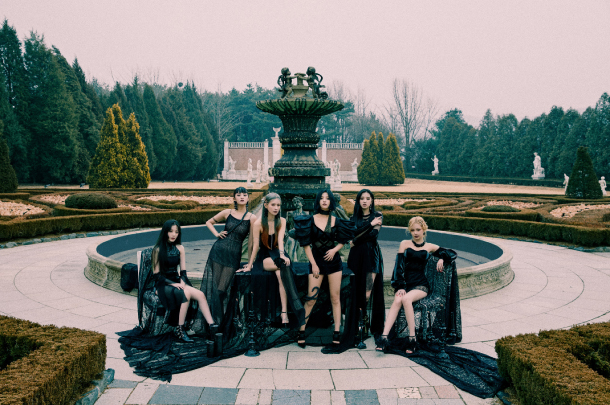 Spring has come, but the weather’s not the only thing warming up these days. While the number of new songs released in the month of March fell by 26 percent compared to the same period last year, musicians are now rolling out new tracks and albums to fill up what has traditionally been one of the local music industry’s busiest seasons.

The slew of singers started releasing new music in late March, with Kang Daniel releasing his first EP “Cyan” on March 24. It was the follow-up to his solo debut last year. The following day, the band M.C The Max celebrated its 20th anniversary by dropping the album “Ceremonia,” as well as singer Ong Seong-wu who released his first EP “Layers.”

Rapper Coogie, Suho of boy band Exo and ballad singer HYNN rounded out the month with releases on March 29, 30 and 31.

April saw the return of a number of K-pop’s hottest girl groups who dropped a highly-anticipated release much to the delight of their devoted fans.

On April 6, girl group (G)I-DLE dropped its “I Trust” EP, the team’s first new music in 10 months and also its first song after the group rocked Mnet’s music competition show “Queendom” last year with member Soyeon’s track “Lion.” Topping the iTunes Top Album Chart in 58 regions around the world, the most for any K-pop girl group, as well as appearing on five Billboard charts, (G)I-DLE entertained listeners with its empowering new music armed with a concept never before seen in K-pop.

One week later, girl group Apink made a return just in time for its ninth anniversary. On April 13, the group released its ninth EP titled “Look.” Its lead track “Dumhdurum” topped local music charts for days after its release, proving the group’s staying power even years after its debut. The girl power continued that week with girl groups BVNDIT and April each releasing new music as well.

April saw the return of a number of K-pop's hottest girl groups and female artists, including (from left) Solar, Oh My Girl and Chungha. [RBW, WM ENTERTAINMENT, MNH ENTERTAINMENT]

On “Spit It Out,” Solar flaunts her powerful charisma while also sporting her fierce talent as a singer, which has worked as the backbone of many of Mamamoo’s songs.

Some of the most talked about boy bands will take the baton next month, including (from left) DAY6, NU'EST and Monsta X. [JYP ENTERTAINMENT, ILGAN SPORTS, STARSHIP ENTERTAINMENT]

In conjunction with her album release, HA:TFELT published 1,719 copies of a storybook that explains the stories behind the deeply personal songs on the album.

Next week, we await the return of Oh My Girl on Monday and GWSN on Tuesday. Oh My Girl’s seventh EP “Nonstop” is the group’s first release since their album “Fall In Love” dropped in August 2019. For “Nonstop,” the girls are singing playful and funky songs that describe the feelings of a girl trying to get out of the “friend zone.” GWSN’s lead track “Bazooka!” off of its upcoming fourth EP “The Keys” is also an energetic pop track that takes its theme from “Alice in Wonderland.”

This month has been busy for some of K-pop’s top boy bands as well. Winner released its third full-length album “Remember” on April 9, after which the group announced a temporary break due to the members having to fulfill their military duties.

GOT7’s new medieval concept delighted fans on April 20, while teenage band NCT Dream plans to close out the month on April 29 with “Reload.”

Taking the baton next month are some of the most talked-about boy bands of K-pop. As of Thursday, the boy bands who have announced new releases in May are: Astro, DAY6, NU’EST, Monsta X, UNVS, NCT 127 and Onewe.

Astro will return on May 4 with the new EP “Gateway,” while DAY6, NU’EST and Monsta X have fixed May 11 as their release date. DAY6 has not confirmed the title of its new release, but NU’EST’s upcoming eighth EP will be titled “The Nocturne” and Monsta X’s will be “Fantasia X.”

Solo singers Chungha and BOL4 will also release new music next month. BOL4, also known as Bolbbalgan4, recently announced that its guitarist Woo Ji-yoon was leaving the band, leaving singer Ahn Ji-young in charge. Girl group Blackpink is also expected to make a new release within the coming months, while BTS announced the possibility of a new song during a live-stream session earlier this month.

Singers often take breaks after finishing a slew of year-end performances at award ceremonies and concerts and then gear up again for the spring.

One industry insider pointed out that the release of BTS’s full-length album “Map of the Soul: 7” on Feb. 21 was a reason for other singers to postpone the release of their music to keep themselves safe from competing with the hottest group in the scene.

But the reason for this year’s dramatic fall was undoubtedly caused by the coronavirus pandemic. Since February, K-pop acts have been canceling or pushing back their concerts and showcases, resorting to online showcases and events rather than meeting their fans in person. Although the number of new infections have decreased, entertainment companies are not looking to take any risks any time soon.

“The music industry was put at an overall hold, when the decrease in supply was aggravated by decrease in demand [for music],” explained Kim Jin-woo, head researcher at Gaon Chart and a music data journalist. “If until February, the demand for music decreased due to more people working at home, March was hit with a decrease in the supply of new songs. In fact, of all the songs released in March, only one ranked No. 1, meaning that sales-oriented tracks were also not published.”