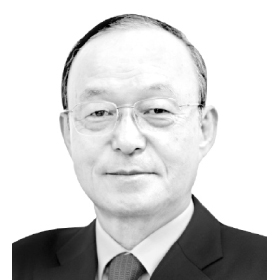 When the coronavirus pandemic passes, life will start anew. The lessons we have learned from this painful period in politics, national security, the economy and global health care will guide us through the new chapter in humanity.

When Beijing first reported the detection of a novel coronavirus on Jan. 9, countries from all over the world began to control their borders and travel to and from China. Infections began popping up in Korea and Japan shortly thereafter. It was important for the three countries to set up a regional control system around the epicenter of the outbreak, yet they only ended up waging a war of nerves against one another in the absence of communication and information sharing.

At a time when the contagious disease is spreading all over the world, you can hardly control it through trilateral cooperation in the region. Had regional control been implemented right away, the spread could have been delayed and other countries could have learned from it. Around 30 million people travel between those three Asian countries in a single year, yet the nations failed to implement three-way cooperation on time.

As the cycle of new pandemics is getting shorter, we need to establish a regional cooperation system to fight global infectious diseases. From natural disasters to man-made calamities, many different kinds of hazards are lurking in Northeast Asia. Fine dust and yellow dust, radioactive water leaks, marine plastic pollution and sea accidents all require a joint action.

To promote cooperation and communication on mutual issues, Korea, China and Japan established the Trilateral Cooperation Secretariat (TCS) in Seoul in 2011. If the three countries had taken a joint action through the organization as soon as the Covid-19 pandemic broke out, they could have effectively shared medical supplies and information about the disease as quickly as possible, and they could have developed an agreement on an immigration control system.

But it took the countries two months to hold a trilateral foreign ministerial teleconference on March 19 after China announced the outbreak of Covid-19. And they wrapped up their discussions simply with a joint vow to “use various channels to eradicate and block the spread of the virus.” As government officials from the three countries worked side by side in the TCS, it would have been better for the countries to hand down their own order to the office telling their officials to devise a joint action plan. Before it is too late, Seoul, Beijing and Tokyo must strengthen their cooperation and reinforce the functions of the TCS.

The trilateral cooperation among Korea, China and Japan must develop more harmoniously in the post-Covid-19 era. In a world after the pandemic, a new international order will be established on the basis of “comprehensive security” that places emphasis on not only politics, military and the economy, but also on the society, environment and health care. Such a security system in East Asia is only possible when the United States and China coexist.

Even before the Covid-19 crisis, Washington was in confrontation with Beijing. Of course, they worked hand in hand during the 2002 severe acute respiratory syndrome outbreak, the 2008 global financial crisis and the 2014 Ebola epidemic.

But this time, they are busy playing the blame game. Seoul and Tokyo must help the two to walk the path of cooperation rather than confrontation. That’s how East Asian countries can transcend the cacophony between the diverging Asia-Pacific and Indo-Pacific geopolitics. Seoul and Tokyo have the full potential to play such a role between Washington and Beijing.

The U.S. Donald Trump administration aims to turn America into a de facto “fortress” by reducing links with the rest of the world. In the meantime, China is quickly narrowing the gap with the United States while promoting the supremacy of its political system in the face of mounting international criticism for the Covid-19 pandemic. For Washington’s part, it is becoming more urgent to strike a balance with Beijing in Asia. That calls for more active roles of Seoul and Tokyo than ever before — no matter who becomes the next U.S. president this November.

For China’s part, Korea and Japan are two main forces in the region that stand against Chinese values. Without cooperation from Seoul and Tokyo, which are geographically along the path of Beijing’s foray into the Pacific, Beijing will find it difficult to fulfill its China Dream. To stabilize the Northeast Asian region and smoothly manage any conflicts with the United States, China should cooperate with Korea and Japan.

But the question is, can Korean and Japanese political leaders free themselves from the shackles of their domestic politics? If they refuse to repent for their past wrongdoings and keep looking toward the past rather than toward the future, they will not be able to make any progress.

Japan seeks to step outside the unstable umbrella of the United States and become a normal state. It wants to promote the Tokyo Summer Olympics as a beginning of a new world in the post-Covid-19 era. But Japan must first receive respect from its closest neighbor, both geographically and historically.

It goes the same for Korea. Seoul must overcome the temptation to exploit its relations with Tokyo as a tool for domestic political gains and ideological confrontation. Northeast Asian stability and cooperation is based on two main pillars: relations between the United States and China and relations between China and Japan. Korea and Japan should play mediating roles between the United States and China, while Korea plays the same role between China and Japan to help the Northeast Asian stability and cooperation structure to work.

The more domestic political confrontation flares, the more exhausted the citizens grow. Likewise, the more conflicts Washington and Beijing build in international society, the more other countries will go their own ways. After the Covid-19 pandemic, the world will face a tumultuous time as the destruction of the international order picks up momentum.

Yet for Seoul, one thing will remain the same — its geographical environment. Once the pandemic ends, North Korean nuclear weapons and missiles will again threaten South Korea again. Strengthening cooperation between Seoul, Beijing and Tokyo and between Seoul, Washington and Tokyo is the path toward controlling North Korean weapons and resolving the Korean Peninsula issue.

After this painful pandemic fades, South Korea will be left with the chronic pro-American, pro-Chinese and anti-Japanese or pro-Japanese sentiments. The French novelist Marcel Proust once said, “The real voyage of discovery consists not in seeking new lands but seeing with new eyes.”

The lessons for Korea in its dealing with the pandemic and the recent general elections are that it must wipe out its chronic political sentiments and make a full play with its geopolitical status.