Closing in on leftism

Closing in on leftism 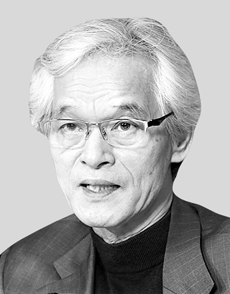 Song Ho-keun
The author is a columnist of the JoongAng Ilbo and a chair professor at Pohang University of Science and Technology (Postech).

The country’s political landscape has changed. The conservatives suffered a crushing defeat, while the liberals won a landslide victory. It was an unprecedented general elections outcome. The opposition party faced the voters’ cruel judgment.

The conservative’s poor record failed to appeal to voters. The conservative’s heavyweights were defeated by unverified political rookies because the voters wanted to send a signal about the future. A voter in his 70s, a passionate supporter of conservative rallies, posted a lament on social media. “Finally, we have put it down. The era, where our values played the main role, has ended, and a new world has begun. It is time to leave with no more words,” he wrote.

No political celebrity can stop this change. Over the 30 years since the democratization movement, Korean politics have steadily moved to the left. It is not because the leftists did well. It could well be an outcome of the accumulated contradictions of globalization. After the United States and the former Soviet Union declared the New Order at the Malta Summit in 1989, the world has joined the march toward globalization, but its slogans now lie in tatters. Inequality and wealth polarization replaced the promises of mutual growth and co-prosperity of rich and poor countries.

The younger generation is fighting a war to find jobs, while the older generation is fearing early retirement and insecurity after retirement. The leaders of globalization launched a grand crusade toward the “fourth industrial revolution,” but it became impossible to design a lifetime plan, and everyone is living with risks. The trap of globalization was reaching its limit.

No one imagined that the coronavirus pandemic would reveal the fatal weaknesses of globalization. Many things were already broken. Advanced countries with public health systems were helpless after the outbreaks. The United States, notorious for its expensive insurance systems, is not the only one. Britain, which proudly promoted the public-funded National Health Service, and Sweden and France are all facing nightmares of a critical lack of hospital beds, medical equipment and professionals.

Doctors who treated a daily average of five patients in such countries could not compete with the doctors in Korea, who treated about 100 a day. Private clinics, located on every street corner in Korea, effectively treated patients, but hospitals in other such countries had long lines of patients with serious conditions waiting for their turns. We realized that it is not the way for Korea to follow.

Social safety nets were also powerless. How can we understand middle-class Americans waiting for lunch rations? As companies went bankrupt and stopped operations, the number of jobless skyrocketed. In the United States, the unemployed have no other way but to file for bankruptcy. In China, jobless people went back to farms to survive.

Europe will likely use the manual from the golden age of social democracy in the 1980s. Developing countries’ tragedies are even more serious. The poor class, whose families’ lives depend on daily labor, has no means to survive. Refugees are just waiting for international relief organizations’ help.

The pandemic almost broke the global supply network. Although Korea suffered a shortage of face masks for a while, it was embarrassing to see the shortages of living necessities in advanced countries. The people started panic buying of toilet paper, eggs, milk and medicine. Who would believe that a riot would take place in such rich countries because of a dearth of cheese and bread? That was an outcome of the global division of labor and 100-percent reliance on imports.

Recently, Hyundai Motor was determined to not miss an opportunity to beat Toyota of Japan. Japanese automotive companies supply components from overseas while producing cars through assembly lines in Japan. If the supply chain is disrupted, production lines stop.

However, Hyundai formed a fleet-style production system. An assembly plant and dozens of its suppliers jointly move to foreign countries to open factories overseas. This is how Hyundai managed to maintain a 64.7 percent operation rate amid the pandemic. Nissan and Honda’s operations went down to the 30 percent level, while the operations of Mercedes-Benz and GM plummeted to the 10-percent level. The ecosystem of semiconductor production is firmly established in Korea already.

Korea could escape from the inferiority complex of being a developing country for the first time. Many biotechnology firms such as Seegene forecast the coronavirus pandemic and risked the companies’ survivals to start mass production of test kits. Korea turned out to be a country which had arguably the most balanced manufacturing portfolio, including living necessities. Its world-class information communication and mobile industries allowed the country to lead the “untact” culture of the post-Covid-19 era.

The government, which suffered criticism for poor policies, responded to the outbreak far more effectively than we expected. Disaster relief payouts, tax and utility bill cuts and emergency loans will help the jobless, the poor and self-employed, although they may not be enough. When offering industrial funds and assistance to conglomerates, the Moon Jae-in administration attached the preconditions that they must share profits and maintain jobs. That’s proof that this administration has not yet lost its core philosophy.

In the post-coronavirus era, countries from around the world will prepare to end — or reduce — their reliance on globalization. Larger — and leftist — governments will see a window of opportunity. I hope the Korean-style leftist model proves itself. A proper mix of private and public systems in medical and safety areas, a proper combination of market economics, guarantees of income and a proper combination of employment flexibility and stability are the keys.

The Korean-style disinfection and quarantine system praised by the world was a joint project of the private and public sectors. The Moon administration must show a true ability to protect the people from various risks in their lifetimes though cooperative politics, rather than resorting to its outmoded political manipulations and the campaign to eradicate “past evils” as we have seen over the past three years. The time has come for the leftists to prove their genuine abilities to tackle the coronavirus and challenges to come.