SuperM’s online concert sells around 75,000 tickets over the weekend

SuperM’s online concert sells around 75,000 tickets over the weekend 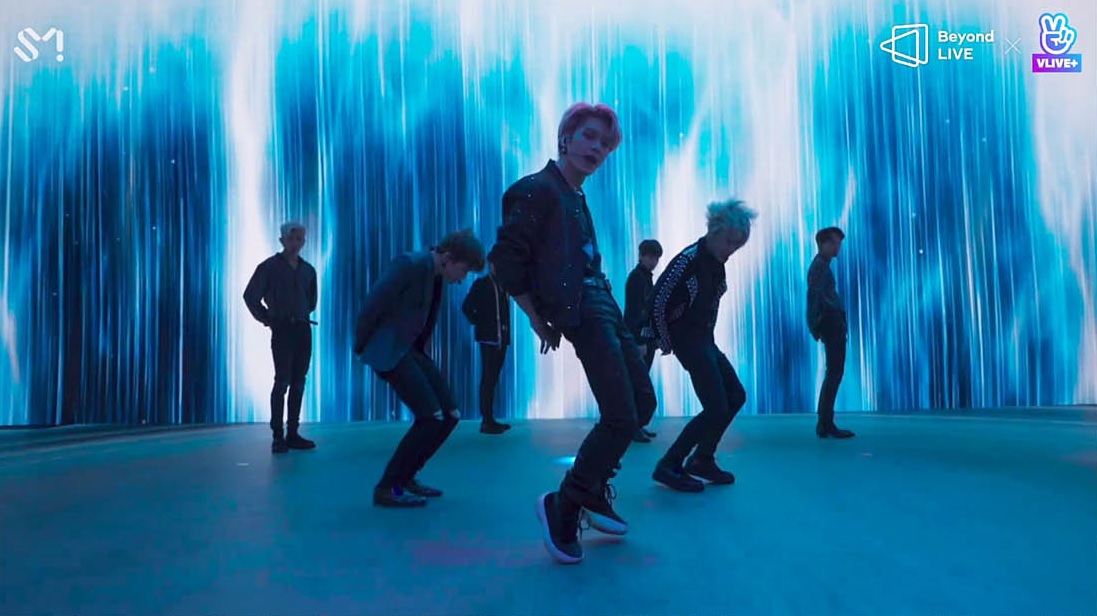 Boy band SuperM held a paid-admission online concert on Sunday, a first that could signal the beginning of a new era for K-pop performances post-coronavirus.

The concert, dubbed “SuperM ? Beyond The Future,” started at 3 p.m. Sunday and lasted 120 minutes. The show was streamed live through Naver V Live. The band’s performance included elements of augmented reality (AR) technology.

The event was the first collaboration between Naver and the band’s agency, SM Entertainment, who signed a memorandum of understanding with the domestic tech giant earlier this year. It was also the service’s first online concert to charge an admission fee.

With in-person concerts and travel largely ground to a halt as the world grapples with the coronavirus pandemic, musicians are increasingly turning to online concerts to reach their fans.

The two-hour show was filled with the band’s hit songs, including its debut single “Jopping” (2019) as well as popular tracks from the band’s debut EP “SuperM ? The 1st Mini Album” (2019) such as “I Can’t Stand The Rain.”

The concert included AR effects while the band performed the song “Tiger Inside” for the first time. Images of tigers were shown on the stage along with an image of the band members escaping from an AR-generated cage.

To involve viewers, 109 fans were selected to have an online conversation with the members of the band.

“SM Entertainment has realized its goal of ‘Culture Technology’ in the field of concerts and will lead the way in the online content market, just as we have through the ‘Beyond Live’ concert,” the agency said.

Other bands from SM Entertainment, including WayV, NCT Dream and NCT 127 will hold their own online concerts, on May 3, 10 and 17, respectively.