Kakao Bank diversifies into other offerings

Kakao Bank diversifies into other offerings 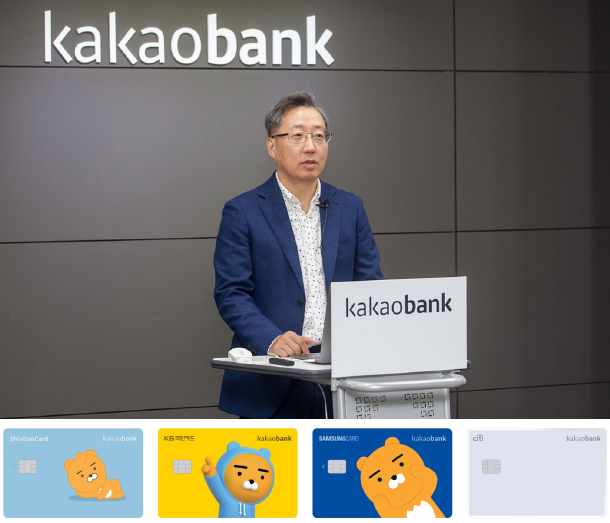 Kakao Bank wants to do more than just handle deposits and loans. It wants to become a comprehensive financial services platform.

Through partnerships with third parties and collaborations with related Kakao group companies, the internet-only bank plans to offer a wide range of products and services.

“We saw the possibility last year in the platform business, where we enabled the opening of stock trading accounts as well as connecting customers to the loan services of the financial companies.”

In the first 148 days, a total of 1 million accounts were opened through the platform. Kakao Bank also introduces customers to loan services provided by other companies. An average of 100 billion won ($81.6 million) worth of loans was provided through Kakao Bank monthly.

Kakao Bank will start preparing for initial public offerings (IPO) in the latter half of the year.

“There are environmental factors, so it is hard to pinpoint when the IPO will happen,” Yun said. “The IPO is about securing capital for further sustainable growth.”

All four cards being offered will be decorated with the image of Ryan.

“We acknowledged that the debit card service we already have is not the most common payment method among Koreans,” said Woo Il-sik, a project manager for the latest credit card launch at Kakao Bank. “Credit cards are the most used payment method, and with customer needs as our first priority, we came to launch this service.”

“When we first launched the service about two and a half years ago, the user interface was developed under the condition that nobody has a Kakao Bank account,” said Shin Seon-young from the company’s app renewal team.

“Now, with more than 10 million users, we fixed inconvenient parts of the app while maintaining usability.”

On the first page of the mobile app, customers can now immediately see services and bank accounts that were picked and chosen by them.

This upgrade has been made with the open banking system in mind, which will become available in the first half of the year on the Kakao Bank platform.

The open banking system allows users to access all of their bank accounts and other financial services through a single mobile app.

Kakao Bank, an industry latecomer, was launched in July 2017, three months after K bank, which was hailed as Korea’s first internet-only bank.