Oh My Girl's ‘Nonstop’ shoots to No. 1 on the charts

Oh My Girl's ‘Nonstop’ shoots to No. 1 on the charts 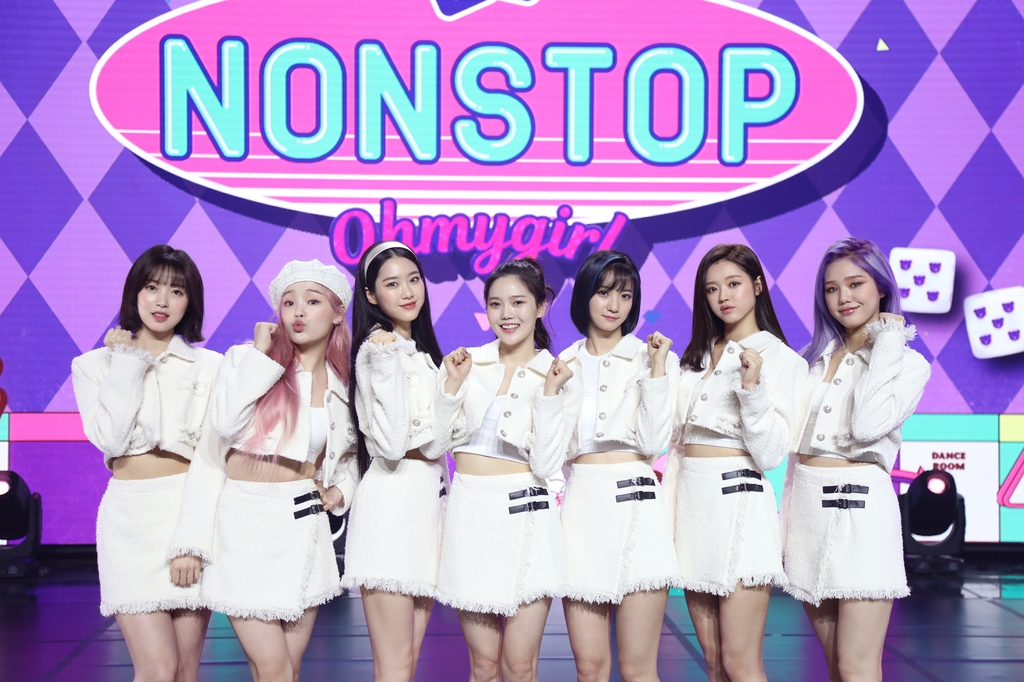 The song, released Monday, was No. 1 on local streaming charts including Melon, Genie Music and Bugs Music by 9 a.m. Tuesday.

The song surpassed others that were topping the charts, including “Aloha,” from the soundtrack of the tvN drama series “Hospital Playlist” and singer Paul Kim’s “But I’ll Miss You.”

“It feels like a gift to all of us,” the group said in a statement released by their agency WM Entertainment. “We’ve all given it our best in the past five years. But we didn’t expect to get this much love when we released ‘Nonstop.’ We are so grateful to everyone.”

“Nonstop” tells the story of a young girl who has fallen in love with an old friend and is confused about her feelings.