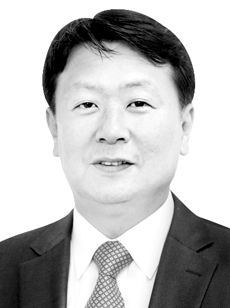 
Various rumors are circulating about the health of North Korean leader Kim Jong-un. One thing is clear. It may not be now, but he could fall into a critical condition or die and a “sudden change” could take place in North Korea anytime. Are we properly prepared for this? The answer is, “We may seem to be prepared, but we are not.”

A sudden change in North Korea means the Kim regime will collapse because of an unexpected happening. Kim’s death, a military coup, a civil war or a popular uprising will cause an extreme chaos in the North. The worst possible scenario will be that an aggressive military leader will seize power and attack South Korea in a move to unite the North Korean people.

It was in the mid-1990s that we first heard the argument that we must prepare for a sudden change in North Korea. At the time, many expected North Korea would collapse soon. After the fall of the Eastern communist block and economic crisis, the country lost support of the Soviet Union and China. Bad harvests also played a key part in thrusting the North Korean economy into its worst condition. During the period of the so-called “Arduous March,” over 300,000 reportedly died of starvation. The North Korean system was on the brink of collapse at the time.

A plan to respond to the possible collapse of North Korea was discussed by the Korea-U.S. Combined Forces Command. In 1999, Conceptual Plan 5029 was created. But the plan did not include specific operations measures. That was why it was called a “conceptual plan,” not an “execution plan.”

However, the conceptual plan was upgraded to Operations Plan 5029 after Kim Jong-il had a stroke in 2009.

Media reports said the Pentagon had created a plan to divide North Korea into four areas in times of a sudden change, in which the United States, Japan, China, Russia and the United Nations would govern the areas. In other words, there are blue prints to prepare for a sudden change in North Korea, including the Operations Plan 5029.

But when you look into the reality more closely, it is a different story as some South Korean administrations are allergic to the idea of preparing a sudden change in the North. According to a dialogue between President Roh Moo-hyun and North Korean leader Kim Jong-il in 2007 during an inter-Korean summit ? released in the late 2012 ? Roh told Kim that he had rejected the U.S.-drafted Operations Plan 5029.

Why did Roh do so? (The late president could not explain himself.) Instead, Rhyu Si-min, head of the Roh Moo-hyun Foundation, gave an explanation. According to Rhyu, there were two reasons.

First, the Operations Plan said the Korea-U.S. combined forces, under the command and control of the U.S. military, were supposed to cross the inter-Korean border to the North if the control of the North’s nuclear weapons were compromised. If that happened, North Korea will likely respond belligerently to the extent of waging war, Roh worried, according to Rhyu.

The second reason was Roh’s opposition against toppling the North Korean system. “He was not pleased with the idea of drawing up a plan to deal with a sudden change in North Korea,” Rhyu said.

It seems that the current administration shares the same sentiment. In fact, President Moon Jae-in made it clear in his speeches in the United States and Germany in 2017 that he does not want the collapse of the Kim Jong-un regime.

On April 27, Daniel Sneider, a lecturer at Stanford University, contributed an article to a Japanese newspaper. “Also, the Moon administration is not interested in what it sees as the self-fulfilling prophecy of collapse planning,” Van Jackson, a former senior defense official for Korea policy in the Obama administration, was quoted as saying by Sneider.

He also quoted David Straub, a former State Department official with long experience in Korea, who said that U.S. President Trump won’t pay attention to Operations Plan 5029 due to his self-centered character and that the plan will become useless, despite the past efforts by Seoul and Washington.

Nothing may not happen this time. But it wouldn’t be a surprise if Kim collapsed tomorrow from poor health. It is possible that a sudden change in the reclusive country takes place no matter how much the Moon administration doesn’t want it. The government, therefore, should dust off the Operations Plan 5029, update it and get ready to implement it anytime. No matter how earnestly the Moon administration prays, Kim ? who weighs 130 kilograms (287 pounds), drinks much, and smokes heavily ? cannot stay healthy forever.