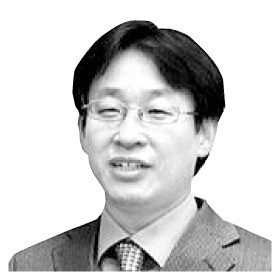 A teacher at an after school cram school looked nervous throughout the class. His face darkened over the days. He often pulled his hair out, crouched over his phone. A student worried about him asked him if there was something wrong. The lecturer shook his head and let out a deep sigh and mumbled, “The stocks!” With classes often canceled due to the coronavirus outbreak, he had put his savings into stocks. He fears he could lose all of his money as the shares he had invested in kept falling.

Wretched scenes are everywhere amid the assault of the coronavirus, Covid-19, that has laid off many and put more on furlough. Young people who cannot even find part-time jobs rushed to the stock market with desperate hopes of hitting a jackpot. Reserves for stock investment swelled over 143 trillion won ($117.3 billion), surging 25 percent from three months ago. As much as 8 trillion won in savings were taken out from five banks. Sohn Byung-doo, vice chairman of the Financial Services Commission, warned investors upon witnessing the spike in sales of high-risk and high-yield financial products despite uncertainties.

Young people were most hard hit by Covid-19. According to Statistics Korea, the number of employed in the 15 to 29 age group shrank 229,000 in March on year. The dip was the biggest across all age groups and steepest since January 2009 in the wake of the Wall Street meltdown. The youth unemployment rate in March was 9.9 percent. But the real unemployment rate that counts in part-timers and those who have given up finding work was estimated at 26.6 percent, the highest since the data was compiled in 2015. The data suggest one out of every four young people does not have a decent job.

South Korea lacking resources can only rely on the human pool. But the majority of youth who are responsible for our future are being stripped of the chance to build their potential. If their future is grim, so is the future of this nation.

The young are the future of the Korean economy. But there has been no measures to increase jobs for them. The government and politicians are entirely engrossed with whether they should offer emergency relief grants to the entire nation or the poorest 70 percent ? and how the money should be raised. While they wrangle over the relief funds, young people are sinking fast into desperation.

Fiscal spending can prime the pump when the economy recedes. But fiscal stimuli can last for a short period. When consumer and investment sentiment can be revived is uncertain, with the global economy suffering from the Covid-19 pandemic. A study by Korea Economic Research Institute found that the economic growth rate could be pared by 0.18 percentage points to 0.38 percentage points in the longer term if fiscal spending increases by 100 trillion won.

To create jobs for the young, the government must focus on building the business-friendly environment rather than pouring in money. Companies would do anything if there is money to be made unless it is illegal. If companies invest, they need to hire more people. That is how the benign cycle in the economy begins.

But companies remain hesitant to invest due to the government’s innate distrust of big corporate names. While overseas direct investment by Korean companies reached an all-time high of $61.8 billion last year, facility investment at home hit a 10-year low. Since companies are moving out and investing less at home, jobs cannot increase. Now that the ruling Democratic Party won a landslide victory in the April 15 parliamentary elections, companies are fearful of more regulations on businesses in the new legislature. Since the future is uncertain, companies cannot plan investments.

Deregulation is the start to create a business-friendly environment. The United States makes it a rule to make two deregulations for each new regulation. But Korea’s regulation lists only build up. Telemedicine and other service sectors have lost opportunities to create jobs due to stifling regulations. Companies are lagging behind in global competition because they cannot try out new ventures at home. Crisis can make opportunities. If regulations are radically eased, jobs for the young can surge by astronomical numbers.

Special favors only for the young

Special favors only for the young (KOR)