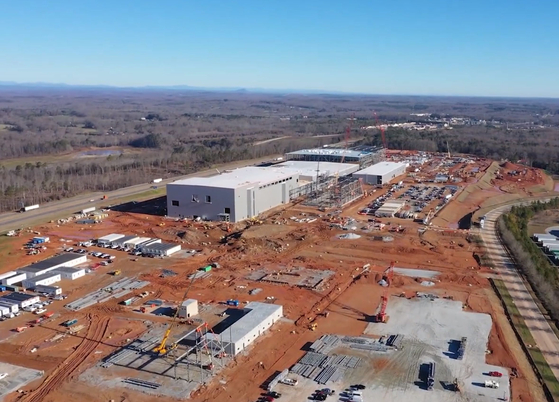 The decision was finalized at a board of directors meeting on Tuesday. The company is Korea’s largest oil refiner and the country’s third-largest EV battery maker.

The factory will be built alongside SK Innovation’s first EV battery plant in the United States, which is currently under construction.

This brings the company’s total investment into EV production in Georgia so far to $2.5 billion.

Construction is scheduled to start this July, while mass production is set for 2023, SK said. The second EV battery plant in Georgia will have annual capacity of 11.7 gigawatt hours, bringing the combined total of the two plants to 21.5 gigawatt hours per year.

The first plant, which broke ground in March last year, is due for completion in 2022.

SK Innovation’s board of directors approved the purchase of $727 million worth of stock in SK Battery America, a U.S. subsidiary, on Tuesday.

“With this investment, SK Innovation’s battery business will significantly contribute to not only the local Georgia economy, but the development of the U.S. EV industry value chain and ecosystem.”

In 2018, SK Group Chair Chey Tae-won hinted possibility of investing up to $5 billion in SK Innovations’s EV battery business in the United States, which would create 6,000 new jobs in the country.

SK Innovation believes completion of both factories by 2023 will establish a foundation for stable production, leading to new deals.

It also has EV battery plants in Hungary and Changzhou, China. By 2023, SK’s annual global capacity for the product will total 71 gigawatt hours.