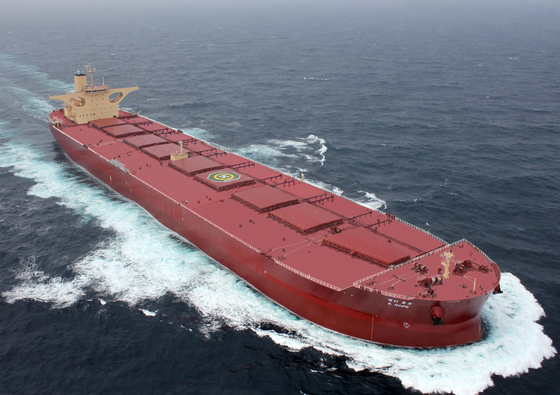 
Hyundai Heavy Industries Holdings reported Wednesday an operating and net loss in the first quarter on the collapse in oil prices and the disruptions in industrial production caused by the coronavirus.

KSOE, which manages the group’s shipbuilding units, also reported first-quarter performance Wednesday. Its sales jumped more than 20 percent in the first quarter on improved performance of the shipping business.

In the previous quarter, KSOE reported 26.2 billion won in net loss.  Sales were led by expensive ships, like liquefied natural gas (LNG) carriers.
KSOE said it expects to win the approval for the combination between Hyundai Heavy Industries and Daewoo Shipbuilding & Marine Engineering (DSME) from the European Union by July.

The European Commission halted its investigations into the mergers.

“We will complete the business combination with DSME as early as possible,” said a KSOE spokesperson.

“A maximum of 120 ships are expected to be ordered in the Qatar project, and the Korean shipbuilders are anticipated to deliver minimum 40 and maximum 80 of them,” said a spokesperson for KSOE.

“Although there are concerns that the coronavirus could reduce the number of orders if it lasts longer, we’ll do our best to secure orders,” the KSOE spokesperson said.