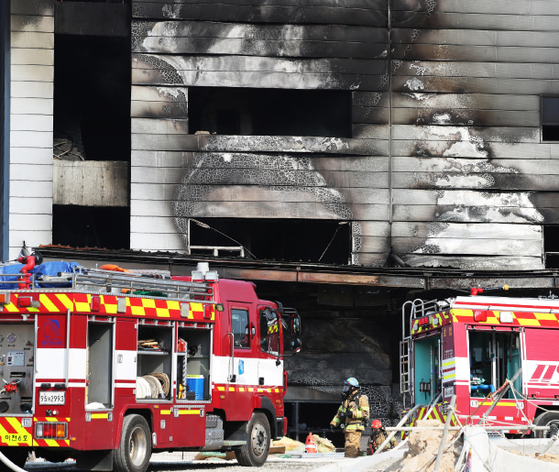 Firefighters put out a blaze at a warehouse construction site in Icheon, Gyeonggi, on Wednesday which killed at least 25 workers. The fire broke out around 1:30 p.m., and several workers were injured. There were around 200 people on the site at the time of the fire. Icheon is home to a large number of warehouses. [YONHAP]

'Single's Inferno' will be back with second season