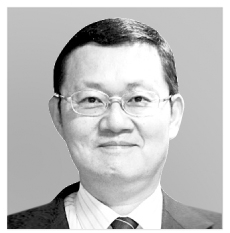 
Spring in New York is bleak and fearful. With the stay-at-home order and mandatory closure of non-essential businesses on March 22, streets in Manhattan are empty. Ambulance sirens frequently break the silence. People are lined up two meters apart in front of supermarkets to buy groceries and necessities. Columbia University, where I have been a visiting professor since earlier this year, closed all dormitories and transitioned to online classes.

New York City has suffered the greatest damage from Covid-19 in the United States. After the first confirmed case on March 1, more than 160,000 people have tested positive, with more than 12,000 deaths. New York City’s population is 8.4 million ? about 2.5 percent of the total U.S. population ? but more than 20 percent of Covid-19 deaths have occurred in New York. The number of positive cases per 10,000 people is 188, and 14 deaths per 10,000, the highest in the world. Antibody tests on random samples show the surprising result that 21 percent of New Yorkers had contracted the virus.

New York City shows the bright and dark sides of American society. New York is the center of global finance and trade and a high-tech metropolis. The median household income is $64,000. But such a seemingly well-off city, the income distribution is the worst in the entire  United States.
The Gini coefficient is a measure of income distribution between 0 and 1 ? with 1 being the most serious ? and New York’s score is 0.55. Korea’s is 0.35. The city’s poverty rate is 17 percent, and the homeless population has reached 80,000. Half of New Yorkers do not use English at home, and 37 percent are immigrants born in other countries.

American capitalism respects personal liberty, the role of the market and contributes to rapid economic developmental and technological innovation, but it lacks the ability to quickly resolve public problems. In the Covid-19 response, the damage was serious due to a poor public medical system. New York City is short on health care professionals and facilities, and with the surge of patients, the medical system was paralyzed and temporary hospitals had to be built to add more beds. According to OECD statistics, the number of hospital beds per 1,000 people in the United States is 2.8, which is very low for a developed country and similar to the UK and Italy. Korea has 12.3 beds per 1,000 people, one of the highest, along with Japan and Germany.

Access to medical facilities in the United States is also very low. As there is no public health insurance and medical costs are very high Americans are often reluctant to visit hospitals. According to research conducted in New York City, 10 percent of New Yorkers under the age of 65 have no health insurance.

Economic conditions are worse. With limitations and closures of non-essential businesses and the implementation of social distancing, spending, investment and production have all dropped drastically. The number of newly unemployed filing for unemployment benefits topped 26 million over the past 5 weeks. In order to reduce the economic damage, state governments have started to gradually ease stay-at-home orders and business restrictions. While new confirmed cases and deaths continue to rise, people seem to think the worst is over. But no one can be sure whether the United States can stop the spread of the epidemic and recover the economy in the near future. As we go through Covid-19, people grew more distrustful of the national leadership and government. With the presidential election slated for November, the discord between the liberals and conservatives, among social classes and races, grows even more serious than ever before.

Korea is receiving praise from around the world for successfully responding to the coronavirus outbreak. Korea has a better public healthcare system, and its failures during the MERS outbreak stood as a valuable lesson on the early control of the disease through aggressive tracking and self-isolation. Outstanding medical workers who served with devotion and people who voluntarily participated in government guidelines helped minimize the damage.

Korea was successful this time around, but what will happen if another external shock hits? I am worried about an imminent economic crisis. When the global economy is in a serious slump, it would be hard to overcome economic stagnation and mass unemployment even if Korea uses all available financial and fiscal policies.

Korea’s aggregated birth rate was 0.92 last year ? the lowest in the world ? and the percentage of seniors over the age of 65 is increasing at the fastest pace in the world. It would be hard to maintain the current medical insurance and pension systems. With a decrease in the labor force and a slowdown in productivity, unproductive government spending is rapidly increasing. When government debt continues to grow, fiscal inputs would not play an appropriate role in the next crisis.

Individuals cannot prepare for an unpredictable national catastrophe or economic crisis. People mandate and trust the politicians and officials with power. Everyone wants to enjoy a safer, more financially prosperous and respected life. There is a lot that the government should do after Covid-19. I do not want New York’s current tragedy to be Korea’s future.
Translation by the Korea JoongAng Daily staff.