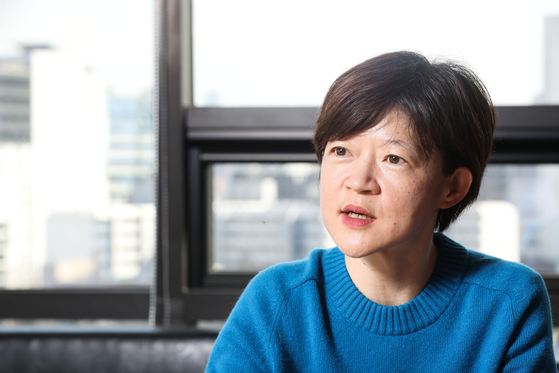 Venture capital Yellowdog CEO Je Hyun-joo during an interview with the JoongAng Ilbo at the co-work space Hey Ground in March. [WOO SANG-JO]

Selfishness is the central element of market economics. As Gordon Gekko said, greed is good.

Each individual or private company acts in their own interests. Solving social and environmental problems may make the world a better place, but that’s not the idea at all.

Impact investment turns traditional investment on its head. According to the United Nations, the term refers to investments made with the intention of generating positive social and environmental returns alongside a financial return.

In Korea, the concept is often described by local media as “kindhearted investors.” Yellowdog CEO Je Hyun-joo ? one of Korea’s first impact venture capitals ? doesn’t like the term.

“As an adjective, the word kindhearted in Korean embodies a nuance of sacrifice for a good cause,” she said.

“This is somewhat misleading because Yellowdog’s definition of impact investment is to invest in companies that push to create impact from a long-term perspective ? and therefore are more sustainable and create new markets.”

Yellowdog was founded in 2016 by portal site Daum founder Lee Jae-woong with 20 billion won ($16 million) in capital. Today, the venture capital manages assets worth 105 billion won and has invested in 25 local start-ups.

Je joined Yellowdog in 2017. The first 10 years of her career was in consulting and finance ? including time at McKinsey and the Carlyle Group ? until she abruptly quit her job. For six years, she wrote, she made podcasts and ran an e-book publishing house before landing on her current job.

Below is an excerpt from Je’s interview with the Korea JoongAng Daily on April 20.


Impact can be a very subjective word. What is Yellowdog’s definition for deciding investment?

We describe ours as “sustainable urban solutions.” The impact needed for a society changes with time and location ? the problems existing in a developing economy and an advanced economy would be different. Korea has a fairly urbanized environment and is facing social and environmental problems that commonly occur in countries with advanced economies. The start-ups we focus on are those that can contribute to solving issues in Korean society ? education, environment, health care, the job market and gender equality. We confirm their business model to see if their growth has collinearity with social impact; whether the two factors are closely correlated.


Every start-up has the ambition to create an impact of its own, and they’re invested in by not only impact investors but also general venture capitals (VC). Then how are impact VCs different exactly?
Two things. First is the starting point. We designate impact domains in society that are important to the quality of life but were unable to be solved under the existing system. The start-ups we invest in are companies that we believe can improve these areas through business. Second, impact investment doesn’t stop at the step of initial selection; it extends to measuring and managing the amount of impact created as the start-up grows. Creating impact should remain a target as the business gets bigger. We constantly keep in touch to keep them on track and proceed in that direction.


How is Yellowdog’s performance so far?
We can’t say for sure before the point of collecting our investments, but based on follow-up investment on our portfolio start-ups and their valuation, we are on the track of for profitability that surpasses the market average.


You’ve been in the impact VC business for a full three years now. Do you feel change?
The history of impact investment in Korea or other Asian countries is not long, unlike in the United States and Europe where impact VC or funds have already been profitable. We started out with determination that we want to see that happening in Korea as well. And things have moved very fast in the past three years. When meeting with investors in our first year, I remember starting from the basics like explaining what impact investment is and answering questions like “Can that actually make money?” Today, they pose concrete questions like the methodology in our investment process or Yellowdog’s definition of impact. In other words, the industry has become capable of taking discussions to the next step, past the beginner stage.


Was there anything different in the way Korea’s impact investment scene has developed compared to the United States?
That public money gave a big push to impact investment in the country. There was also the political context: “Inclusive growth” was a big catchphrase under the current administration, so we’ve seen a lot of government budget flow into supporting ventures or start-ups. Impact investment was a concept that naturally blended with this initiative, and inside this administrative trend the private sector eventually followed through. Now nobody asks what impact investment is.


You explained the development of impact investment ecosystem in three steps. Is there a stage four?
I guess that would be a time when the term impact investment disappears. When considering social and environmental impact becomes a fixed and natural procedure in making investment decisions. If that becomes common sense, we won’t have to use the word impact investment for specific cases. 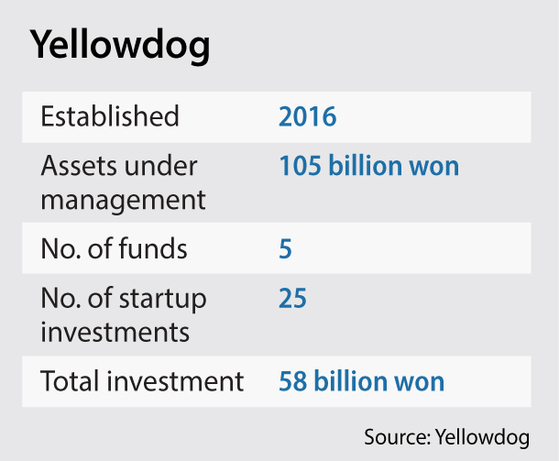