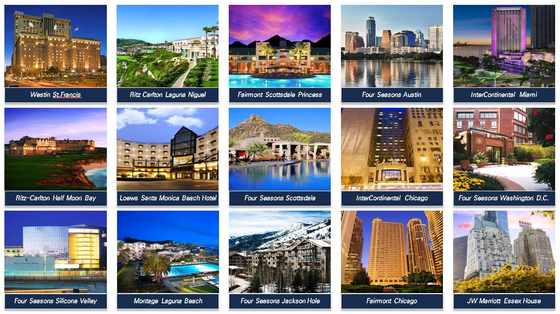 
The Korean investment company said it sent a notice on Sunday, accusing the insurer of breaching notification obligations on the properties it sells.

“Among other things, Anbang had failed to timely disclose and discharge various material encumbrances and liabilities impairing the hotels and failed to continue the operation of the hotels in accordance with contractual requirements,” Mirae Asset Global Investments said in a statement.

The termination notice will likely intensify a legal battle with the insurance giant, as Anbang has also filed litigation against Mirae last week in the Delaware Court of Chancery for failure to close the deal, which was due to be completed March 17.

The Chinese company blamed Mirae for delaying the deal because the U.S. premium hotels are suffering financial damage amid the coronavirus pandemic.

The investment firm denied the claims raised by Anbang, arguing that the insurer’s failure of notification should be blamed for the aborted deal.

Mirae last month requested that Anbang provide the information necessary to proceed with the deal.

If the issue is not resolved within the next 15 days, Mirae said, it is entitled to terminate the deal.

At the time, Mirae said Anbang also attempted to conceal an ongoing legal battle between Anbang Insurance and a third party in the United States that could have an impact on the acquisition.