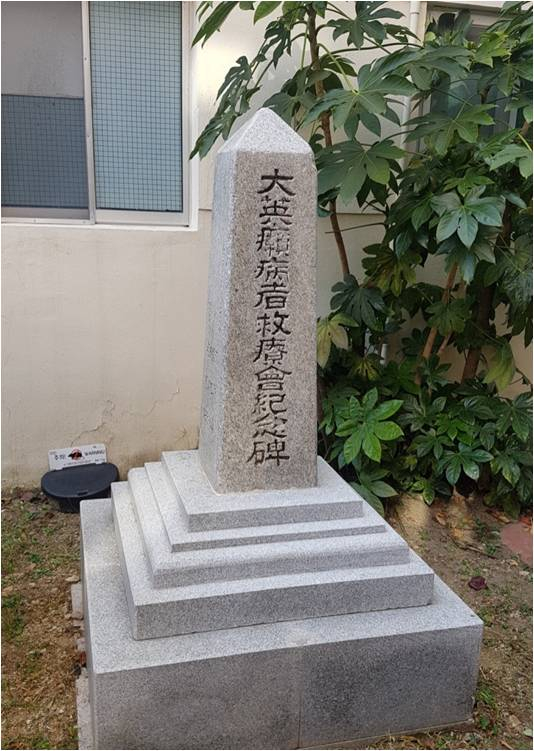 A monument to remember the Busan Leper Hospital was designated a part of national cultural heritage Monday.[CULTURAL HERITAGE ADMINISTRATION]


The Busan Leper Hospital Monument, set up in memory of the first hospital in Korea to specialize in leprosy care that was first operated by Australian missionaries, has been designated a piece of national cultural heritage, the Cultural Heritage Administration announced Monday.


“The monument was set up in 1930. There is unique history here concerning the treatment for leprosy in the country and also the work of missionaries and the impacts they’ve had in Korea,” the administration said in its statement.

Mackenzie’s daughters, Catherine and Helen, continued their father’s work in Busan after 1952, according to the Australian Embassy in Seoul.

The monument itself was lost until a local farmer found it in his field. The monument stands today on the grounds of the Ilshin Christian Hospital in Busan.

Standing at 113 centimeters (44.5 inches) tall, the granite monument is shaped like an obelisk and has the names of patients and managers on its sides, as well as the date on which the hospital was established.

“I hope this recognition of the significant cultural heritage of this monument - which commemorates the strong people-to-people links between Australia and Korea - will promote more active research on the bilateral relationship and cultural exchange between our two countries,” said Australian Ambassador to Korea James Choi. 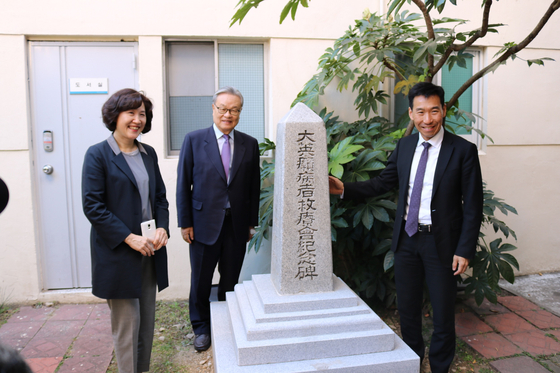 Australian Ambassador to Korea, James Choi, right, celebrates the inscription of the Busan Leper Hospital Monument as part of the national cultural heritage of Korea. [EMBASSY OF AUSTRALIA IN KOREA]


“This monument is more meaningful as it was funded and built by people with leprosy themselves,” said Bae Dae-ho, chief curator of Kyonggi University’s Sosung Museum, who recently studied the hospital and the monument.

An official event to commemorate the inscription of the monument as national cultural heritage has been postponed until the coronavirus situation improves, according to the Australian Embassy in Seoul.

Blaming China is not a solution

Air Busan to resume Qingdao route, but transiting through Incheon