The ruling party on Monday urged two North Korean defectors-turned-lawmakers-elect of the conservative opposition parties to stay away from the National Assembly committees that handle top-secret security information.

Rep. Kim Boo-kyum of the Democratic Party (DP) made the request to Thae Yong-ho, elected as a lawmaker in last month's general elections for the main opposition United Future Party (UFP), and Ji Seong-ho, a proportional lawmaker-elect of the satellite Future Korea Party (FKP) affiliated with UFP.

Thae and Ji are the first North Korean defectors to be elected to the National Assembly by South Korean voters. 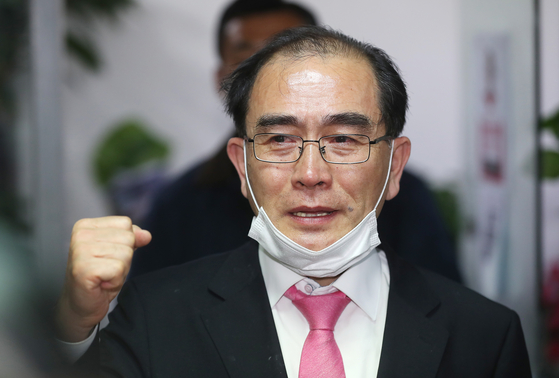 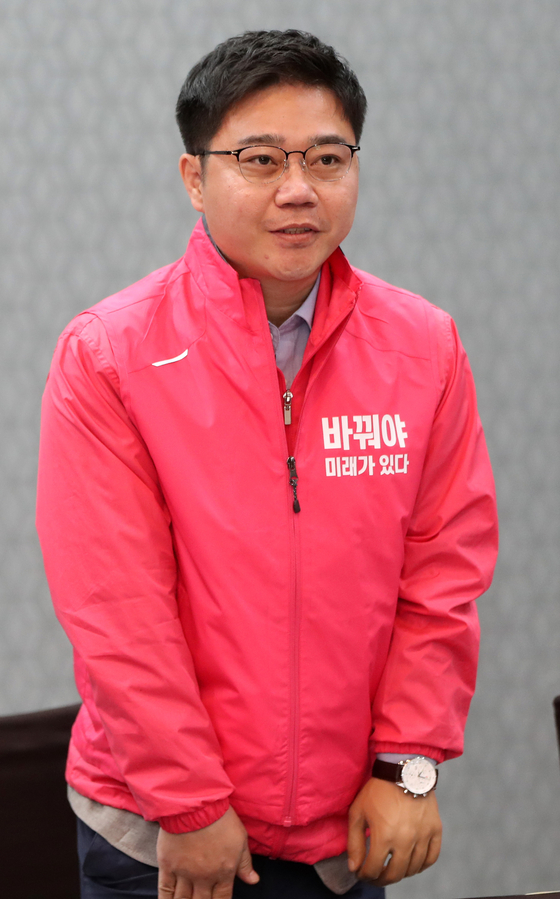 
“You must never again mix your wishful thinking with false information and spread it to the media,” Kim said in a Facebook message, criticizing Thae and Ji for claiming that North Korean leader Kim Jong-un was in a critical health condition.

As the young dictator of the reclusive communist state conspicuously remained out of the public eye for nearly three weeks, Thae and Ji fueled media speculation by saying Kim was gravely ill. Ji even claimed that he was “99 percent certain” that Kim was dead and predicted that the North would formally announce his death in the coming weekend. Thae also said Kim “could not stand up by himself or walk properly.”

However, this speculation was shattered when Kim resurfaced over the weekend. North Korean media reported Saturday that Kim attended the opening ceremony of a fertilizer factory, publishing photos of him standing and talking to his aides.

“Thae and Ji already failed to respect their oath as lawmakers,” Kim Boo-kyum wrote on Facebook. “They worked against 'peaceful unification of the homeland,' and they did not put 'national interest first.'”

“You two probably know how the South Korean military and the government change their readiness if there is any abnormal sign about the condition of the North’s highest leader,” Kim continued. “It is not a petty matter that you can talk about lightly.”

Kim said Thae and Ji had already caused serious harm to national security by making unreliable remarks about Kim. He also urged the leaderships of the UFP and the FKP to not assign Thae and Ji in the National Defense Committee or Intelligence Committee.

“You have already proven that you are not fit to serve those committees,” Kim said, urging them to speak more prudently in the future.

Youn Kun-young, a former Blue House aide who acted as President Moon Jae-in’s special envoy for the North, also criticized Thae and Ji. Youn was also elected as a lawmaker of the DP in the April elections.

Personal information about Kim, particularly his health, is not easily accessible, said Youn in an interview with MBC radio on Monday. “When I visited Pyongyang for an inter-Korean art performance in April 2018, whether Kim would attend or not remained top-secret information until the very final moment,” he said. “We only have limited knowledge about the North Korean leader’s movements. Therefore, networks of defectors operated by Thae and Ji won’t likely have access to intelligence on Kim’s health.”

Asked if they should be barred from joining the defense and intelligence committees, Youn said Thae and Ji must make a wise decision. “If you work as a lawmaker, you will have access to top secrets,” Youn said. “And it is true that we are concerned.”

Members of the UFP, such as Rep. Kim Se-yeon, also said Thae and Ji should have acted more carefully. As criticism grew, Thae issued an apology on Monday. “As I received many rebukes over the past two days, I became keenly aware of the impact of my every single word,” he wrote in a Facebook message.

“I know the people voted for me as a lawmaker for accurate analysis and forecasting on North Korea. The higher the expectation, the larger the disappointment,” he said. “I promise to work more prudently and humbly as a lawmaker from now on.”