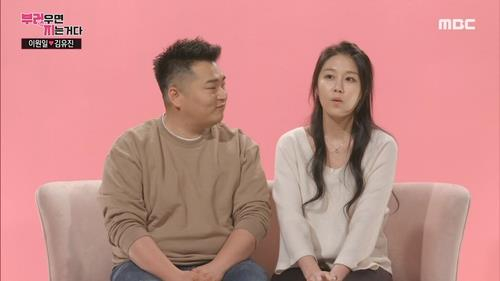 Television producer Kim Yoo-jin was hospitalized early Monday after an apparent suicide attempt, according to local media outlets, following accusations that she had been a violent bully in high school.

Kim was discovered at her home by family members after leaving a lengthy post on her private Instagram account alluding to a possible suicide attempt. She was sent straight to an emergency room early Monday morning and had remained unconscious until the afternoon.

According to local media reports, her Instagram post began with, “I may not belong to this world soon. Before then, I want to talk about the things that I couldn’t before.”

Several weeks ago, Kim became the subject of fierce criticism after an anonymous internet user posted a detailed description of Kim’s alleged physical and verbal abuse toward her when they were in school, about 12 years ago. Kim attended high school in New Zealand, where she grew up. Kim recently starred in a reality TV show as the fiance of celebrity chef Lee Won-il.

More accusations followed, prompting the couple to post handwritten apologies on their Instagram accounts. Their response appeared to backfire, however, and was followed by even harsher condemnations as both Lee and Kim had begun their apologies with the phrase “Regardless of the truth.” The couple were also forced to quit MBC’s reality program “Don’t Be Jealous,” which follows engaged couples before their marriages. Kim and Lee’s wedding was originally planned for April, but was postponed until August due to the coronavirus outbreak.

In her private Instagram post, Kim said she didn’t want to argue about her past anymore, and didn’t want to see her fiance suffer further damage to his reputation. She also acknowledged there may have been people hurt by her past.

“When the accuser blamed me someone else’s action; and when that someone else came forward [to come clean]; and when the accuser tried to back out of all of this, I didn’t make an issue out of it,” Kim wrote. She added that it “killed me to see chef Lee Won-il writing an apology for something that he didn’t even do and facing my parents and my in-laws-to-be after I created such an issue by being falsely accused.”

Kim claimed that the anonymous person who first accused her of bullying has tried multiple times to blackmail her. She ended the post by saying that she’ll “disappear with all this bad rap. Even if I revealed everything from the start, would the public have believed me? Will chef Lee Won-il ever lose the label of being my fiance? To those who sit at home and make judgments of everything on their keyboards, do not think and judge so personally.”