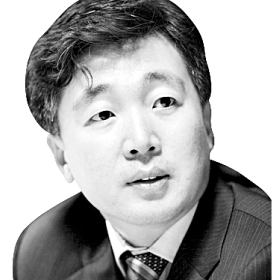 Yeh Young-june
The author is an editorial writer of the Joongang Ilbo.

The National Intelligence Service (NIS) found itself on the receiving end of a shocking incident in 2008. A monthly magazine reported the fact that the agency had obtained the brain scan of then-North Korean leader Kim Jong-il by hacking Pyongyang’s electronic transmission of the file to a foreign medical institution. It was a leak that could have destroyed an intelligence network that had received heavy government investments, and many officials were reprimanded as a result. Although the NIS assessed that Kim had a maximum five years left to live, it only learned about his death in 2011 through North Korea’s announcement.

And it was not just the South. The whole world only learned about the news from the North’s announcement. This shows that personal information about a North Korean leader is extremely difficult to access, and we must never think it will be easy.

North Korean leader Kim Jong-un disappeared from the public eye for about 20 days, and speculation grew concerning his possible death. The government maintained that there was no abnormal sign in the North.

In the past, the government had made remarks that revealed the source of intelligence, by saying that Kim Jong-il, who had a stroke, recovered enough to “brush his own teeth.” But this time, there was no such incident. The government’s response this time deserves praise and it must continue to show such restraint.

In the North Korean TV report of Kim’s latest activity, I paid more attention to Kim Yo-jong’s obedient attitude as she handed a pair of scissors to her older brother Kim to cut the ribbon for a fertilizer factory opening ceremony, rather than his way of standing and walking. She is the second most powerful official who would run the regime in an emergency. Despite her ranking, she had to remain submissive and respectful to Kim. This is a bare fact of the North. And it is our fate to deal with a leader of this system, whether we like it or not.

Taking into account the grave situation, the Blue House’s remarks and behavior the day after Kim’s reappearance were inappropriate. A high-ranking official and the spokesman of the Blue House briefed reporters, one after another, and said the media and the public should have trusted the South Korean authorities rather than an unnamed source regarding the North. Why did the government compare its overwhelming intelligence ability and know-how to a source and disgrace itself? Thae Yong-ho and Ji Seong-ho, North Korean lawmaker-elects, deserve criticism for their hasty remarks about Kim’s health, but it is hard to understand why the Blue House is leading a campaign to attack the defectors-turned-political rookies. It is a job that should have been performed by a spokesman of the ruling party.

Instead, the Blue House should have sent a different message to the people. It should have said, “The government used all its intelligence networks and cooperated with friendly nations to prepare for all possibilities. The people must have been shocked about the wrongful news at first, but we ask for the public’s understanding that we could not reveal everything. Because of the peculiar nature of the North, a similar incident will likely occur. The government will do its best to protect the national security and the people’s safety, and we hope the people will not be shaken by unconfirmed information.”

The source of the latest “infodemic” was Kim. The superspreader was western media, including CNN.

Politicians were also responsible for the community spread of the infodemic, as well as Japanese media that reported rumors from social networks in China.

The government must consider whether it has done its best to stop the spread of the infodemic. If the government had responded more actively and effectively within a scope that would not damage our intelligence assets, it would have been possible to stop the reproductions of CNN’s faulty reporting. It was not enough for Professor Moon Chung-in, special advisor to President Moon Jae-in, to give a belated interview with Fox News based on the intelligence that Kim was staying in Wonsan.

Kim can disappear anytime. It is the government’s job to review its contingency plan over and over, in case his absence is not a game of hide-and-seek but an actual emergency. That is far more important than condemning defectors-turned-politicians.