Although the number of coronavirus cases have dropped in recent weeks, the country’s arts and entertainment industry continues to cancel scheduled shows as concerns over the highly contagious virus linger.

The annual Beautiful Mint Life music festival, slated for May 16 and 17, has been canceled. The music festival was set to be held at Olympic Park, southern Seoul.

The “2020 Disney in Concert” has also been called off. The concert for families was set to be held at Sejong Center for the Performing Arts in central Seoul on May 23 and 24.

The blockbuster musical “War Horse” also canceled its run that was scheduled to be held between July 3 and Aug. 9 at Blue Square in Hannam-dong, central Seoul.

Australian singer-songwriter Ruel’s “2020 Free Time World Tour in Seoul” has also been called off. The concert was set to be held on Sept. 18 at Yes24 Live Hall in Gwangjang-dong, eastern Seoul.

The musician wrote a message to his Korean fans saying that he hopes to reschedule the show sometime next year, according to Live Nation Korea, an organizer of the concert.

Pianist Son Yeol-eum’s first solo concert in four years, which was slated to take place at the Seoul Arts Center on May 13 was also abruptly canceled on Monday. Concert organizer Credia announced that it had no choice but to cancel Son’s concert because it was sold out, making it unable to follow the so-called “seat separation” policy that requires audiences to sit at every other seat. Credia said it is currently in discussions with the artist to reschedule the concert, but as of now, the May 13 concert has been canceled and all tickets will be fully refunded without any charges.

Its return is considered special because the musical premiered locally in 2000, and this year marks the show’s 20th anniversary.

“Rent” is loosely based on Italian opera “La  boheme,” composed by Giacomo Puccini.

The musical revolves around the lives of poor artists living in the East Village of New York City.

The musical is an autobiographic story of Jonathan Larson who wrote the script. He also composed all the varied musical numbers, from rock to R&B to tango to ballad to gospel.

When the musical first debuted on Broadway in 1996, it was considered sensational as the story touches upon social issues such as homosexuality, AIDS and rampant drug use among young adults.

The musical captivated critics and the public upon its debut and took home numerous awards, including the 1995-1996 Pulitzer Prize and many Tony Awards in 1996.

Since its premiere, “Rent” has been produced in 47 countries and 25 different languages.

Due to the subject matter, the musical will only allow those over 17 years old to attend.

Everyone in attendance will be required to wear masks for the duration of the performance.

THE COMPLETE PERFORMANCE OF PANSORI

June 20: The National Changgeuk Company of Korea presents a pansori (traditional narrative singing) performance by pansori master Kim Soo-yeon. The pansori maestro will sing the complete pansori of “Sugungga,” one of the five remaining pansori pieces in Korea.

As the tale revolves around animal characters with many comical elements, it is recommended to those who are new to the traditional genre of the music performance.

Set in an underwater palace, the Dragon King becomes seriously ill and is in need of a liver from a rabbit as a cure. In order to help the king, a turtle, the king’s loyal servant, goes on a journey to land with a plan to trick and kidnap a rabbit.

Completing a single pansori takes between three and eight hours on average.

The Complete Performance of Pansori is one of the permanent projects of the National Changgeuk Company of Korea with the aim of promoting the traditional music genre. The company says only the best can perform on the stage. 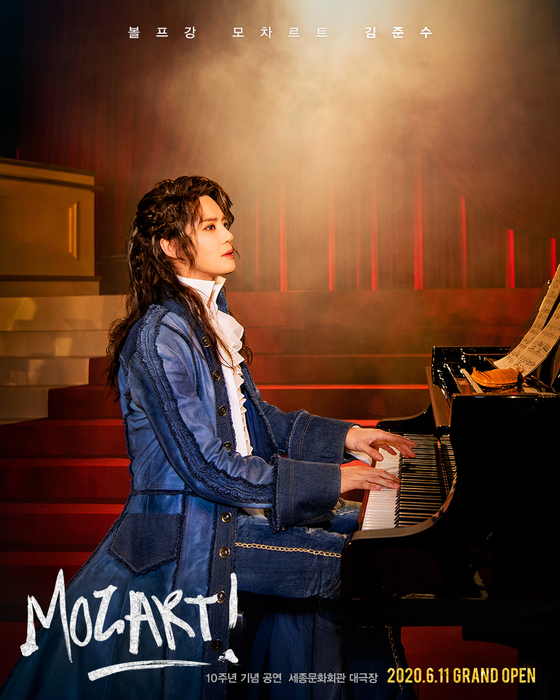 June 11 - Aug. 9: The growing pains of genius musician Mozart unfold on the stage in the musical “Mozart!” which returns to Korea nearly four years since it was last performed.

“Mozart!” revolves around the life of Wolfgang Amadeus Mozart. Under the guidance of his strict yet loving father, Mozart and his sister Nannerl have performed for aristocrats since they were young, but now that he is older, Mozart grows sick of the society he belongs to.

He wants to escape from reality, so he goes on a music trip.

But the death of Mozart’s mother eventually brings him back to his former life. And the musician makes up his mind to stand up against people who try to control his life.

The musical took home 11 awards from various local musical awards when it premiered in 2016.

Through June 27: The musical centers around Christine, who used to be an obscure singer but finds herself filling in for leading soprano Carlotta and eventually soaring to stardom. But Christine is abducted from her dressing room one day by a disfigured man dubbed The Phantom of the Opera. Although Christine is released from The Phantom on the condition that she will stay devoted to him, Raoul, who is in love with Christine, promises that he will confront The Phantom. 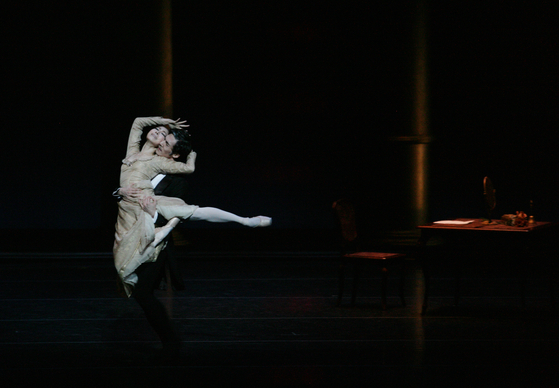 July 18 - 26: Universal Ballet Company presents “Onegin.” The ballet is based on Alexander Pushkin’s novel “Eugene Onegin,” and it was choreographed by famed ballet dancer and choreographer John Cranko for the Stuttgart Ballet in 1965. Kurt-Heinz Stolze rearranged the music of Pyotr Ilyich Tchaikovsky.

“Onegin” was premiered on home soil in 2009 by Universal Ballet Company.

Unlike other famous ballet pieces such as “Swan Lake” and “The Sleeping Beauty” with fairy-tale love stories, “Onegin” depicts the realistic and entangled relationship of a man and a woman.

In order to maximize feelings of the protagonists, Cranko reportedly used repetitive jumps and lifts throughout the story.