Companies try everything to get millennials' attention

Companies try everything to get millennials' attention

Companies are investing heavily in an attempt to appeal to millennials, a generation that accounts for nearly a quarter of Korea's population.


The generation can be defined as broadly as those currently between the ages of 20 and 38, a segment that in Korea has an average monthly income of 2.78 million won ($2,300).

Brands are coming up with creative marketing tactics to court a generation whose spending habits and expectations are substantially different from other consumers.

Half of millennial respondents in a survey conducted by recruitment site JobKorea said they bought products that were cost-efficient. Satisfaction was also an important factor behind those purchases, as 37.3 percent of respondents said they value “gasimbi,” a Korean term coined to describe the “best psychological value for money." Just 11.6 percent said they are willing to spend a lot of money to purchase luxurious goods.

Fun and uniqueness were two qualities millennials look for in a product, according to the survey.

Millennials also have a "fear of missing out," according to experts in the retail industry, and tend to make purchasing decisions to stay up to date with Generation Z, or consumers under the age of 25.

“Consumers in their 30s and 40s hate to fall out of fashion and tend to purchase products that are popular among those in their teens and early 20s,” said an industry source.

The JoongAng Ilbo, an affiliate of the Korea JoongAng Daily, looked into creative ways that brands and retailers are infiltrating the hearts and wallets of the millennial generation.

The skin care brand launched a space-themed campaign on social media in coordination with the launch of the Solarbiome Zincream, a sun protection cream that claims to contain microorganisms from outer space. The company hired an astronaut to answer questions from followers of the brand’s social media accounts. It launched a pop-up store called Jart Hotel that resembles a space station for April Fool’s Day.

Its creative campaign efforts netted Dr. Jart+’s official Instagram account 16,000 followers in just the month of March. The brand even sold out all of its sunscreens by partnering with influencers on Instagram.

One company literally tried to shoot for the stars with its marketing by flying its products outside of Earth.

Local brewery Satellite Brewing partnered with NARA Space Technology, a global provider of mini satellites and related technologies to send one of its beers, the Space IPA, to the stratosphere. While its first attempt on April 30 failed, the brewery plans to give it a second try next Sunday.

The brewery’s strategy is simple: Associate two disconnected things and leave a strong impression on customers.

“We plan to use creative marketing to inform customers around the world how great our beer is. We will continue to invest a part of our profit in marketing related to aerospace technology,” said Jeon Dong-keun, the founder of Satellite Brewery.

The company plans to hold a future event with military jets in Russia and Dubai. 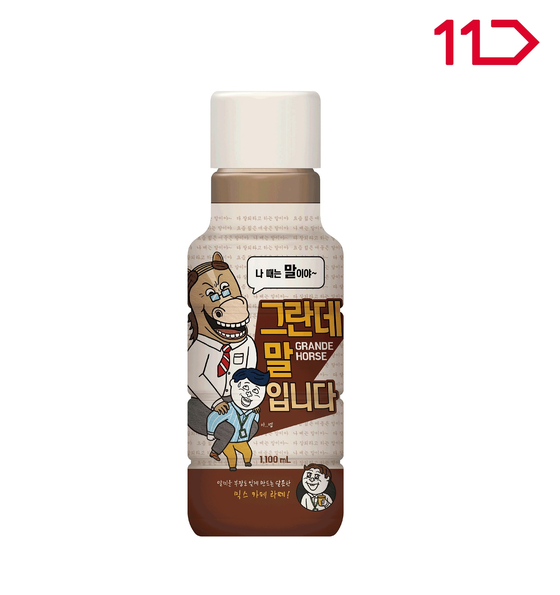 For millennials, weirder is better. To ride the social media wave alongside internet-savvy millennials, brands are coming up with unique products and unexpected collaborations with other brands to make their products go viral online.

E-commerce site 11st collaborated with the coffee brand Jardin to create a large bottled coffee that puts a twist on a famous Korean slang “latte is horse." Equivalent to the American expression, “O.K. boomer,” this internet slang describes an older person saying "back when I was young..." or "back in my day..." The design became so popular about a thousand bottles sold out in less than two weeks.

This was not the first attempt from 11st to come up with a unique product. It previously partnered with Café Onion, a coffee shop located in Jongno District in central Seoul. It offered traditional Korean rubber shoes decorated with illustrations drawn by artist Kim Jeong-yoon on its online platform.

Unique collaborations are rampant in the fashion world. The online-only fashion brand Hazzys Phiz partnered with the fashion socks brand I Hate Monday and offered a unique design for T-shirts for millennial consumers. They were so popular that Hazzys sold out most of its prepared inventory in less than two weeks after the launch.

Women’s fashion brand a.t.corner’s collaboration with an artist received significant attention. The company offered a line of T-shirts and blouses designed by Saki, a collage artist based in Korea. 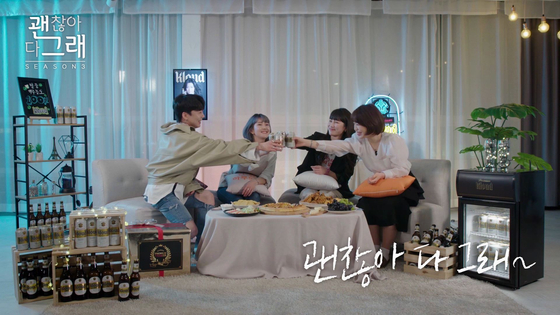 Viral videos and internet variety shows are a popular method for marketers to target millennial consumers. Since the format does not follow the traditional rules of a TV commercial, it helps consumers become familiar with products and eventually helps the product reach a larger range of consumers.

One successful example is the bottled water brand Jeju Samdasoo. Its video series “Sutar-trek” a parody of the famous U.S. science fiction TV series, "Star Trek," reached more than two million views in two days when the first episode was posted on YouTube in June.

The company’s latest episode “The Secret of Samda-stone,” released in November, broke 3.8 million views in two weeks. Thanks to its unique internet series, Jeju Samdasoo was able to expand its customer base to include people under the age of 40.

The channel’s talk show, where office workers come together and chat over bottles of beer, was so popular Lotte decided to extend the show for a third season. Each episode on the show’s first and second season received more than 100,000 views.

Efforts from the retail industry 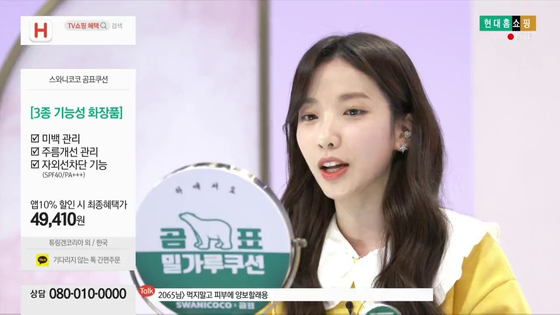 Jisook, a member of the K-pop girl group Rainbow, appears on a infomercial program aired on Hyundai Home Shopping's channel to try out a cushion foundation repackaged in retro design. [HYUNDAI HOME SHOPPING]

Emart offered products repackaged in nostalgic designs from April 16 to 27.

The retail company's stocks of Chilsung Cider and Maxim’s instant coffee mix, both repackaged in their old designs, sold out during the event week.

While all of the items offered by Emart may be familiar to the older generation, retro is back in style, fueled by millennials who are drawn to the uniqueness of old-fashioned designs and products.

The home shopping industry is also coming up with creative ideas just for millennial consumers.

Hyundai Home Shopping has reserved a late night slot every Friday exclusively for millennials. Its infomercial program “Youngstagram” introduces products that are popular on social media and invites celebrities as guests to appear on the show.

Their tactic seems to work, according to the company, which said it has received twice as many calls from millennials during the late night slot than for other products introduced at other times.

“We no longer live in an era where one good commercial can appeal to the entire public. Marketers need to come up with different strategies for different individuals and age groups,” said an industry source.