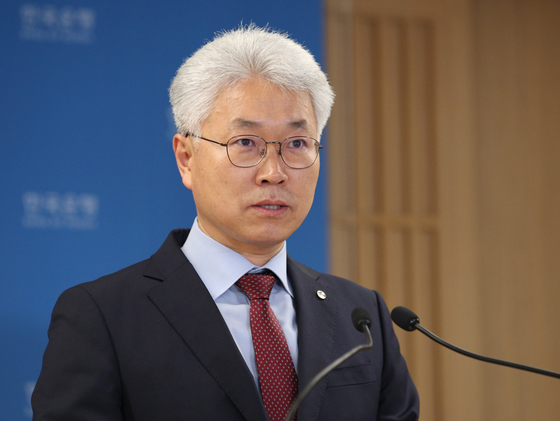 
The balance could deteriorate in April, the central bank said, as exports weakened from mid-March as a result of the coronavirus outbreak in the U.S. and European Union region. 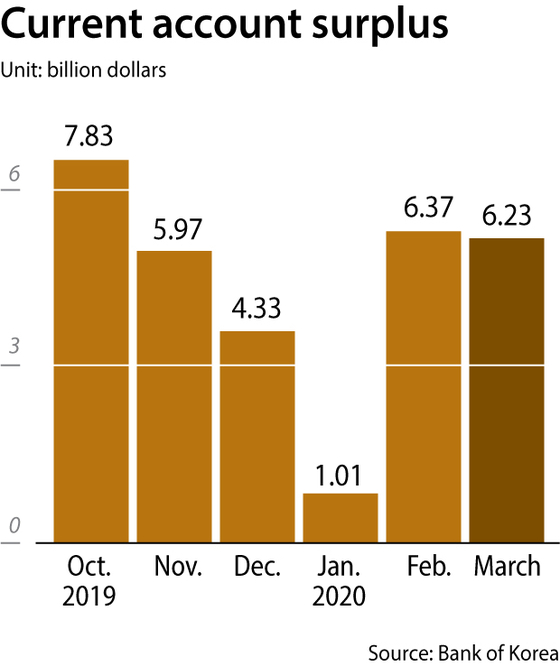 The balance on goods shrunk to $7 billion in March from last year’s $8.3 billion as exports to China, which was hit by the virus early, experienced a major slump.

“Export to China decreased due to Covid-19 influence, but those to the United States and the EU weren’t affected as much, which is why the account for goods didn't budge much,” said Park Yang-su, head of the banks economics statistics department in a briefing Thursday.

Park warned that the current account for April is highly likely to record a deficit because of weak exports.

Korea’s Trade Ministry announced May 1 that trade account recorded a deficit for the first time in 99 months in April. Exports fell by 24.3 percent year-on-year to $36.9 billion. Imports dropped by 15.9 percent in April on year, resulting in a trade deficit of $950 billion.

The last time Korea's current account has recorded a deficit was last April, when the figure stood at minus $390 million.

Korea’s account for primary income, which includes investment income, stood at $930 million in March, turning to surplus from a $610 million deficit in March last year.

“The balance for May will largely depend on trade account with dividend payments factored out,” said Park. “Korea may increase the import of capital and consumer goods as the country is relatively in good condition in regards to Covid-19, and it could act as a negative element for trade balance.”