The Korean women's golf tour has increased its purse and expanded the field for the first major of its season scheduled for next week. 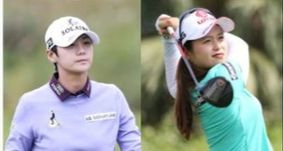 The Korea Ladies Professional Golf Association (KLPGA) said Thursday that the KLPGA Championship, set for May 14-17, will offer a total purse of 3 billion won ($2.4 million), with 220 million won awarded to the champion.

Previously, the purse was set at 2.3 billion won, with 160 million won set for the winner.

Also, the field will now feature 150 players, six more than the initial field to compete at Lakewood Country Club in Yangju, just north of Seoul in Gyeonggi.

But with the coronavirus wreaking havoc worldwide, the KLPGA Tour had long canceled all tournaments for April and most events for May.

The KLPGA Championship was originally slated for April 30-May 3 in Yangju. The tour announced the event's cancellation on April 3 but then said 13 days later that it would be played in mid-May.

The star-studded field will include three of the world's top-10 players: Park Sung-hyun (No. 3), Kim Sei-young (No. 6) and Lee Jeong-eun (No. 10). All three were KLPGA stars before they took their talents to America for the LPGA Tour, whose season has been on hold since February due to the pandemic. For Park, this will be the very first tournament that she’ll be competing in this season as she didn’t compete in any of the LPGA tournaments yet.

KLPGA stars include the past two champions — Choi Hye-jin and Jang Ha-na.

The tournament will be played without fans. Lakewood has 36 holes, 18 each for the Wood Course, the tournament venue, and for the Lake Course, which is open for members.

Those members will continue to use the main clubhouse, and competing players and their caddies will use a separate facility as a temporary clubhouse during the tournament.

The tournament holes will be roped off so that the playing public will not have access.

All participating players will have their temperatures checked before entering the course. They will be asked to maintain a safe distance from their playing partners and to sanitize their clubs during their round.