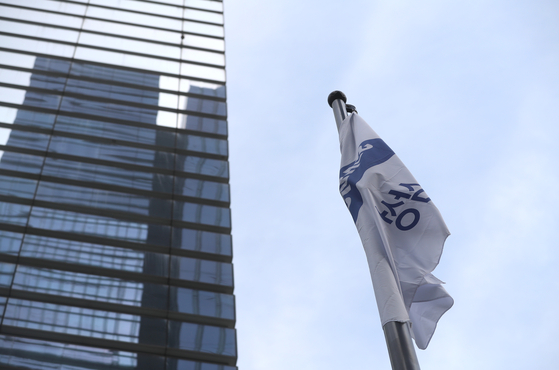 
“[The committee] sees the move as meaningful because the announcement was directly made by Lee Jae-yong in accordance with the order, and it expressed a commitment to abiding by the law,” the committee said in a statement on Thursday.

The internal committee recommended in March that Lee apologize to the public, as he is ensnared in multiple high-profile trials, including a retrial of a bribery case involving former President Park Geun-hye.

The comment came one day after the vice chairman vowed not to pass on managerial power to his children during his public apology for criminal charges against him during his rise to the top.

Lee also ensured that the group will protect labor rights and put an end to its practice of discouraging collective bargaining activities.

Despite the positive assessment, the body expressed discontent over a lack of details as to how the group or the chief will advocate for the rights of its laborers, saying it plans to request concrete plans regarding the issue.

The afternoon committee meeting was still ongoing as of press time.

In the meantime, the Supreme Court started a deliberations over the prosecution’s request to change the judge and the court division in charge of handling the high-profile bribery case. The prosecutors claimed that the current judge is unlikely to deliver an impartial verdict.

Lee's retrial is pending because of that request and isn't expected to begin for another two to three months.

Other parties, however, remain divided over whether the vice chairman's mea culpa was sincere.

“It seems that Lee’s move is not intended to only dodge legal penalties,” he said in a meeting Thursday.

Civic organizations, however, questioned the authenticity of his words, accusing him of simply trying to win leniency in his upcoming trials.