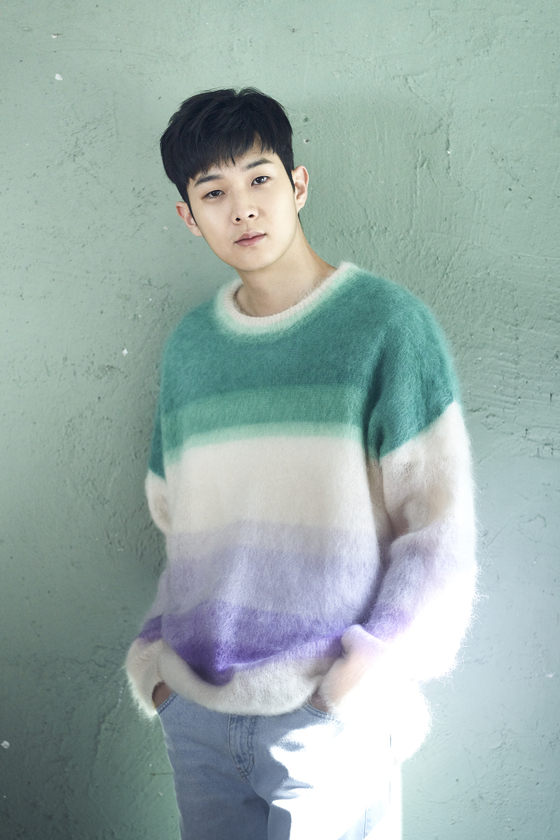 In his latest role, the ‘Parasite’ star shows a new side of himself

“Time to Hunt” was set to be a new experience for the local cinema industry as a whole, so actor Choi Woo-shik leapt at the chance to participate when he was sent the script.


The highly-anticipated film has received a wide range of reviews since its release on Netflix last month. At a press event in January, director Yoon Sung-hyun made it clear that his priority for the film was to get the audience focused on the thrill of the chase rather than on the narrative.

Korean moviegoers, however, are generally unfamiliar with this kind of film, which is possibly why it has received more criticism than praise. Nevertheless, Choi viewed the film more positively.

“When we first began to discuss the movie, one of the things that popped up first was that we wanted to make an interactive film,” Choi said during a recent interview. “I don’t think I’ve ever seen this kind of film in Korea - it was unconventional, the angles and the settings. If ‘Train to Busan’ [2016] opened the door for zombie blockbusters in Korea, I believe that ‘Time to Hunt’ has done the same for interactive films.” 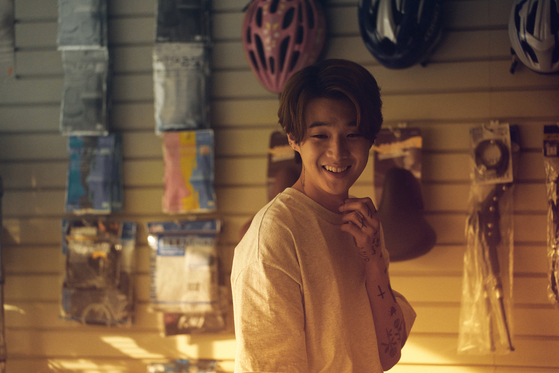 Actor Choi Woo-shik as Ki-hoon in the film ’Time to Hunt.“ During the interview, the actor revealed that Ki-hoon’s hairstyle is inspired by Leonardo DiCaprio’s hairstyle from the 1990s. [NETFLIX]

“Director Bong Joon-ho once said to me that I can look pitiful even if I’m doing nothing,” Choi said. “I think that’s the biggest reason why my previous roles were young people who had tough childhoods, struggling to live a better life. As an actor, I’m really grateful that people like [my characters] and that is my area of expertise. But sometimes I wondered if I could ever be handed a daunting, charismatic role like Han.

“One of the reasons why I wanted to be in this film was because it was a side that I haven’t shown before,” Choi said. “So I was curious to find out why Yoon gave me this part since Ki-hoon is so different from my prior image. I was pressured to do well since it’s my first try. I mean, if audiences see a side of me for the first time that they don’t like, that’s going to stick around [for rest of my career], so Ki-hoon was definitely was a step out of my comfort zone.”

The bar was also set high for “Time” because of its star-studded cast. All four stars - Lee Je-hoon, Choi Woo-shik, Ahn Jae-hong and Park Jung-min - have attracted many fans over the years for their top-notch performances. With all of them being around the same age, there was a lively and energetic atmosphere on set.

“I think all of us received so much help from Lee,” Choi said. “Whenever we were down, he would lead the way and tried to cheer us up. But the experience of working with other actors who were my age was really stimulating, because off-camera we were always laughing and chatting away, but when the camera started rolling, we were all pros. I think all of us wanted to do well because we’ve always wanted to work together someday, and we worked fiercely because none of us wanted to be a nuisance.”

Since the quartet was previously friends in real life, there was a natural chemistry on set, and some scenes were improvised, blurring the boundary between their roles and their real life friendship. According to Choi, the scene where Ki-hoon nonchalantly grabs a cigarette from Jun-seok (played by Lee) was one of those moments.

“[When Ki-hoon leaves his friends behind], although he’s secretly worried sick for his family, he tries to act all cool to not to worry Jun-seok,” Choi reminisced. “I think my taking the cigarette from Jun-seok naturally came from Ki-hoon. I was able to relate to the character more because of this choice. If I was in Ki-hoon’s shoes, I too, would go to my family because from his perspective, his friends would be leaving the country the next morning and he doesn’t know that Han is still tracking them down. So when he was leaving them, he was thinking more about his family [than his friends.]”

At the end of the film, it is heavily implied that Ki-hoon and his family didn’t make it out alive from Han’s hands. Still, Jun-seok, the sole survivor, goes back to the country to face Han with a hope that his friend had somehow survived.

“My parents were most disappointed over Ki-hoon’s death,” Choi said, smiling. “I had to remind them that there’s no sequel and no chance at Ki-hoon’s survival, but I think this uncertainty of not knowing [about Ki-hoon] is so important for Jun-seok. Although deep in his heart he already knows [that Ki-hoon died], he goes back believing that there’s hope, a chance for him to move forward. I was satisfied that the uncertainty could give Jun-seok the encouragement that he needs.”

The actor also talked about how he felt after receiving worldwide attention for “Parasite.”

“All of these awards seemed like they were too good to be true,” Choi said. “The award that was most memorable for me was when the cast won the Best Ensemble Award from the Screen Actors Guild. It was the one that also weighs most heavily on my mind. When I went home after the ceremony, I realized that this [award] is more of a stick than a carrot for actors because I couldn’t slack off after receiving such praise and attention. [How I would choose my next project] became a burden for me. While it’s great that I get to meet everyone so soon, as ‘Time’ was released worldwide through Netflix, at the same time, I was tense too. But I’m really relieved to see that foreign viewers enjoyed the film.”