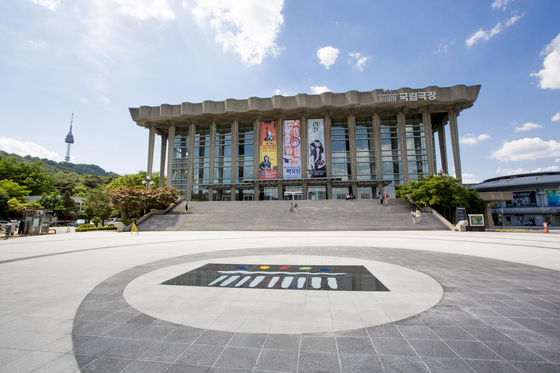 Key national theaters and art companies, including the National Theater of Korea, above, is to resume their shows and exhibitions from this month. [YONHAP]


Key national theaters and art companies are coming back to life to resume shows, ending their nearly two-month closure over the coronavirus pandemic.

The business resumption ends the national institutions’ shutdown about two months ago, due to the government’s intensive social distancing guidelines, aimed at curving the coronavirus outbreak.

As the first show to go on stage after the pandemic, the National Theater of Korea will premier “Chunhyang” on May 14 onward in celebration of the 70th anniversary of the national institution, according to the Culture Ministry.

On May 12, the Asia Culture Center will premier a commemorative show, “I was not in Gwangju,” marking the 40th anniversary of the May 18 Democratization Movement this year, the first show since the lockdown.

Starting May 16, the National Gugak Center will resume its weekly Saturday performance series, while the Korea National Ballet is planning to stage “Giselle” on June 10.