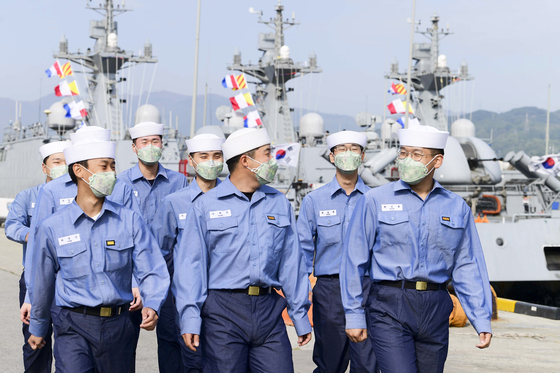 
Museums and libraries reopened Wednesday for the first time in over two months as the central government declared an end to its social distancing guidelines.


Some state-run performing theaters and opera houses also announced plans to resume shows, although audiences will be dispersed in auditoriums after having their temperatures checked. They will also be required to wear face masks.


The central government’s Covid-19 command center said Wednesday that while public spaces were allowed to gradually reopen on the condition they abide by basic health rules, festivals organized by local government offices — which can draw massive crowds — will remain forbidden.


Sports days at schools, which are normally held once every year, will be banned as students slowly start to go back to school. But the Covid-19 command center said the events will gradually be allowed to be held from next month.


Likewise, professional sports leagues that have reopened or plan to reopen in the coming days will hold games without spectators in the stadiums, though health officials said they would examine ways to gradually allow fans back.


Korea reported only two new infections of the coronavirus Tuesday, another new low. The total case load now stands at 10,806, according to data from the Korea Centers for Disease Control and Prevention. Both cases were traced from overseas, meaning no new cases were detected locally. It was the third day in a row that no new local case was found.


By Tuesday midnight, 255 people had died, up by one from the previous day, while 9,333 people have been declared fully recovered, up by 50 from the day before.


By Tuesday 6 p.m., health officials said there were two people who were wearing electronic wristbands after getting busted for flouting the government’s 14-day self-quarantine order. One lives in Daegu while the other lives in Busan.


The wristbands were introduced late last month as health officials tried to keep track of the whereabouts of people under quarantine. The device is connected to a GPS-equipped self-quarantine app that all people under isolation have to download on their smartphones. If a person tries to take off the wristband or move far from their phones, their local government offices receive a notification and can call the police for help to find them.


A list showing the planned reopening dates of public spaces in Seoul, offered in Korean and compiled by the Seoul Metropolitan Government, is available at http://www.seoul.go.kr/coronaV/publicOpenStatus.do