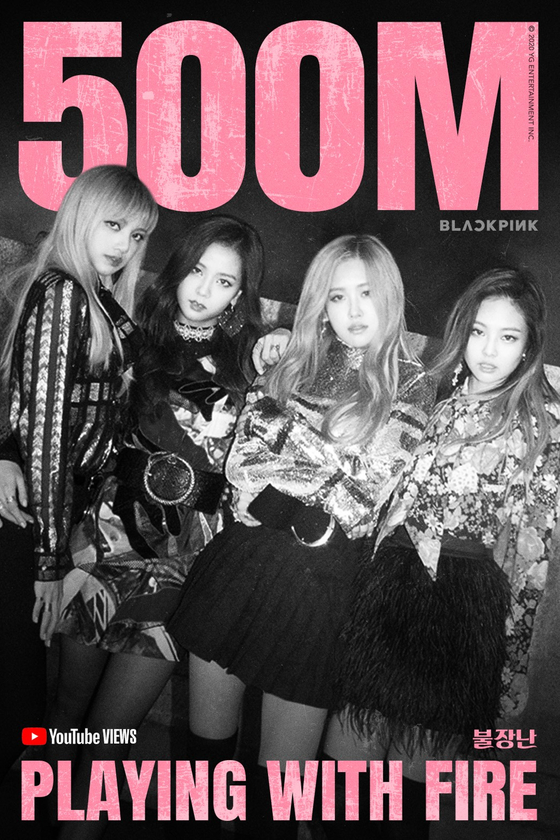 According to the group's agency YG Entertainment, the music video hit the 500 million-view mark at 10:25 a.m., three and a half years after the group released the track as the lead track off of its second digital single "Square Two" in November 2016. 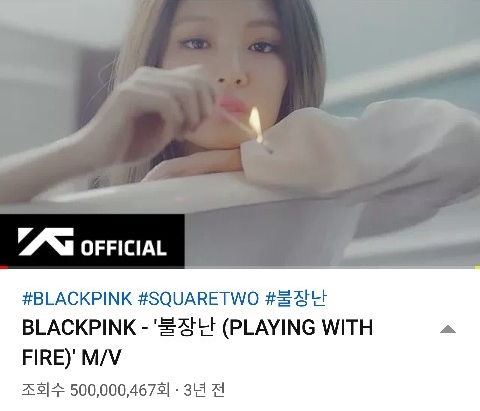 A screen capture of Blackpink's "Playing With Fire" (2016)

Blackpink is leading the K-pop scene when it comes to online video, as proven by the 35.1 million subscribers to its YouTube channel — the highest for any Korean group.

The group has 18 videos on YouTube that have been seen more than 100 million times, including music videos and choreography videos.

Blackpink has announced that its next album will be released in June.

The group's collaboration with Lady Gaga will be released on May 29, the day that the singer's latest album drops.