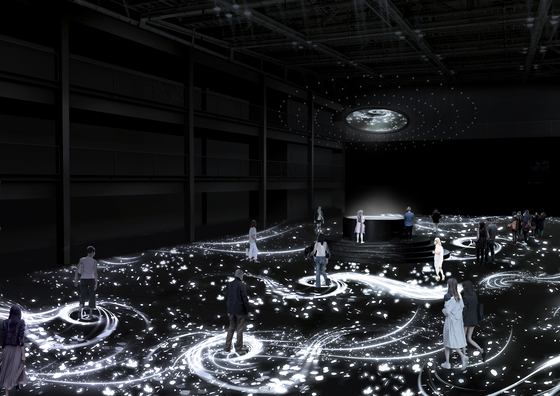 This year marks the 40th anniversary of the Gwangju Democratic Uprising that occurred on May 18, 1980. Honoring the movement will take place all across the country in various forms, and the art world is not missing out.

The Asia Culture Center (ACC) in Gwangju kicked off a special multimedia art exhibition titled “Beyond The Movement” on May 8, featuring works by the directors of two multimedia art production companies — You Jae-hun of Youjam Studio and Jung Hae-woon of Dotmill. Taking the helm in directing the exhibition is Hong Sung-dae, professor of film and digital media at Seokyeong University and also a stage director.

The first work by You is titled “Wormhole” and it takes the form of the fountain in front of the former district office building where people held their last fight against the militia as the symbol of a fight for democracy. The fountain functions as the “wormhole” that takes us back to May 1980 to a journey across time. By using a technique called kinetic lighting, “Wormhole” controls each light to create depth. You was the art director of the opening and closing ceremonies of the 2018 PyeongChang Winter Olympics. 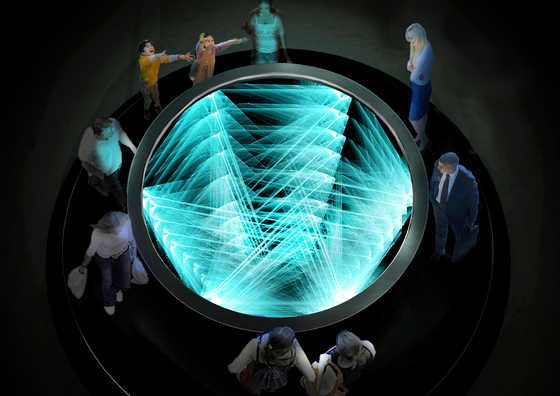 If You’s work concentrates light onto one object — the fountain — Jung’s work “Circle of Cure” does the opposite and disperses light across a wide space. Through a technology called projection mapping, the work achieves a two-way communication between the viewers and the light, which moves along with the movements of each individual. Twenty light projectors will be used for this exhibition, achieving a mesmerizing scene seen never before in Korea. Jung was in charge of creating the videos for the opening and closing ceremony of the 2018 PyeongChang Winter Olympics.

Another art project taking place is “MaytoDay,” a special event that is being held as a part of the upcoming Gwangju Art Biennale. 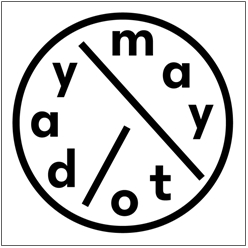 The project began earlier this month with an exhibition in Taipei, Taiwan, with contemporary artists from both Taiwan and Korea who found commonalities in the two countries’ modern history to shed light on the meaning of democracy through art. An exhibition will follow in Seoul next month at Art Sonje Center, featuring some of the biennale’s iconic works from the past, as well as wood prints created by democracy protesters of the 20th century. Both exhibits are a chance to honor the uprising through a contemporary perspective and highlight both the artistic and historical meaning, according to organizers.

“MaytoDay” was also planned to be held in Germany’s Cologne and Buenos Aires in Argentina this year, but will be pushed to next year due to the coronavirus pandemic that is worsening abroad. But an exhibition that puts together the works of all four exhibitions will be held in August in Korea as planned.

“The democratic uprising sprang from Gwangju, but evolved over time. Through this exhibition, we will see how the spirit of democracy changed with the age and speaks to us to this day, ultimately giving us the chance to look into the future,” the biennale’s organizers said.