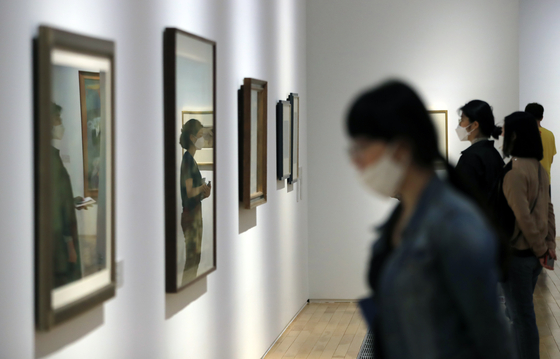 Visitors look at works on display at MMCA Seoul’s permanent exhibition ’MMCA Collection Highlights 2020+“ on Thursday in central Seoul while wearing masks and standing away from each other in an effort to abide by social distancing guidelines. [YONHAP]

This time last year, central Seoul’s Seosomun branch of Seoul Museum of Art (SeMA) was filled with visitors eager to see British artist David Hockney’s solo exhibition in person. Visitors even had to move in a single-file line to move along to the next piece before they could take in the details of the work, and those who were in front of a painting for too long were told by staff to “move quickly” to prevent congestion. The queues led to outside of the halls, up and down the staircase and even outside the main entrance of the museum.


The only thing that filled the museum's halls last Wednesday, however, was an eerie silence in the absence of people’s voices. 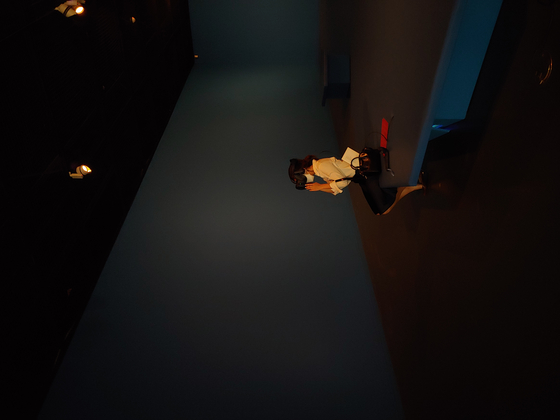 A visitor tries on a virtual reality headset at SeMA's new exhibition "Collecting For All" on Wednesday while wearing a mask. [YOON SO-YEON]

On May 6, a day after Korea’s Children’s Day, state-run art facilities opened their doors for the first time in two months after the Ministry of Culture, Sports and Tourism shut down national museums, theaters and libraries in an effort to tame the spread of the coronavirus. That day, SeMA was the first national museum to welcome local press into its doors to present its new exhibition “Collecting For All,” followed by the Seoul branch of the Museum of Modern and Contemporary Art (MMCA)  the very next day.

Since the government loosened its social distancing guidelines last week, public cultural facilities — including art museums, history museums, theaters and libraries — resumed business on Wednesday to quiet fanfare. Because distancing guidelines haven’t been totally discarded, most art museums are running on a reservation system. Visitors must make an online reservation prior to visiting and then enter, needless to say, while wearing a face mask. 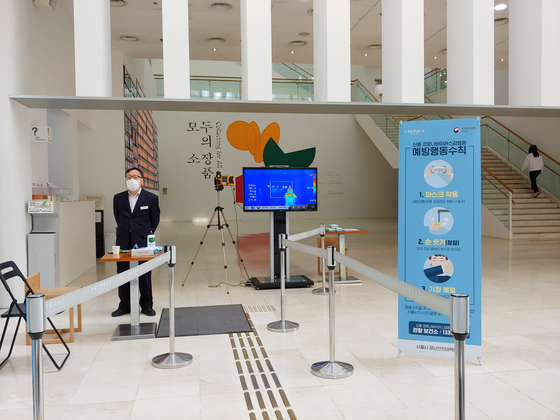 Heat-detecting cameras are installed at the front entrance of SeMA. [YOON SO-YEON]

Before entering SeMA, all visitors were required to take their temperatures and write down their names and phone number, lest there be any confirmed patient diagnosed in the future and the museum needs to track down visitors. On-site staff who were also wearing masks, told visitors every now and then to keep their distance from each other and not to touch any of the works with their hands. Reporters, who usually gather in a conference room to get briefed on the exhibition before they tour around, sat far away from each other in an open cafe on the first floor of the museum and were escorted while walking through the exhibition. 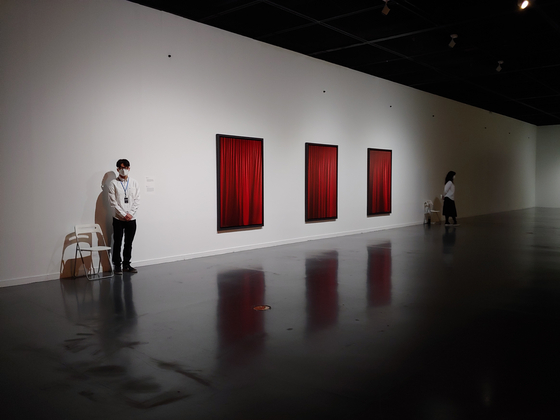 On-site staff members wearing face masks will inform visitors to stay away from the works and each other. [YOON SO-YEON]

Things were more or less similar at MMCA — temperatures were taken, names were written down and face masks were required — but its efforts were furthered when each reporter was given a portable receiver and earphones so that they did not have to crowd around a curator to listen to their explanations. Both SeMA and MMCA were equipped with hand sanitizer stations here and there, and visitors were told to keep their hands off of works that visitors would usually be allowed to touch.

According to the two directors of the museum, the coronavirus has definitely posed a challenge that they hadn’t dealt with before, but it also gave them an opportunity to prove itself to audiences like never before.

“After the corona pandemic shut down museums in other countries, I have been getting emails from overseas asking about how we are handling the situation,” said Beck Jee-sook, director of SeMA.


“They asked questions like how we prepared ourselves and how we were going to take other measures. And in the process of sharing information, we also got to share our thoughts on art and naturally network.”

Yun Bum-mo, director of MMCA, also said that it was a chance for Korean museums to be recognized by the world. MMCA has in fact been leading the Korean art scene with its unique digital contents, spanning from curators’ exhibition tours to the director’s art lessons on some of Korea’s most historical works. Thanks to various efforts, it was listed as one of the top 10 art museums in the world by Forbes, according to the director, and has also received emails from around the world. 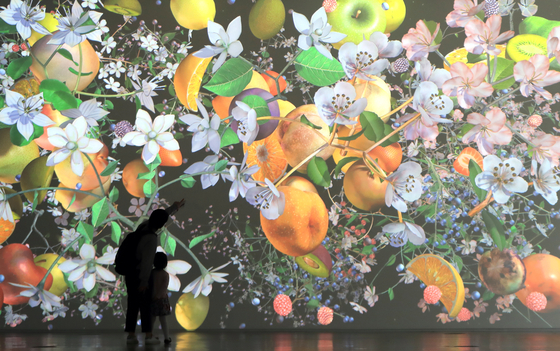 “We came to think about the role of art museums amid disasters,” he said. “We’re planning to gather experts and organize meetings and workshops to talk more about that. Our ultimate goal is to find a new role for art and museums in the post-corona era.”

Another similarity between the two museums lies in the themes they have chosen for their spring exhibition, which is to look back and rediscover their own collections and view them in a new light. While SeMA’s exhibition “Collecting For All” displays 131 works by 49 artists until May 31 to question what it means for an art museum to “collect” artwork, the “MMCA Collection Highlights 2020+” is the beginning of MMCA Seoul’s first permanent exhibition that will take place in the first hall of the museum. After this exhibition, MMCA will continue exhibiting pieces from its collection, but change the display every now and then according to relevant issues and the museum’s schedules. 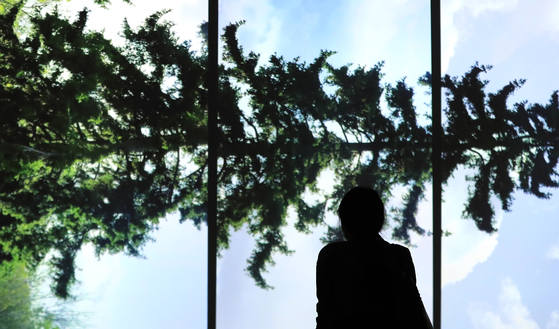 A guest at the MMCA Seoul’s new exhibition ’Axis of Horizon“ looks at Eija-Liisa Ahtila’s ’Horizontal-Vaakasuora“ (2011), which depicts the difficulty in capturing nature -- and any other subject -- in its truest form, and rethinking the relationship between people and nature. [YONHAP]

Also available at MMCA Seoul is a multimedia exhibition titled “Axis of Horizon,” which spans halls 2, 3 and 4 and the public space of the museum. Around 70 percent of the works in this exhibition are also taken from the museum’s collection, specifically works that focus on the idea of nature and the environment in various ways. Although it may not have been the case when the museum first planned the exhibition last year, “Axis” allows visitors to think about the environment in a deeper light, in tandem with the unprecedented pandemic that arose this year, according to curator Yang Ok-keum.


“The works are meant to enlighten us on what being human means in our relation to nature. I hope that the exhibition is more resonant in this pandemic on the meaning of nature, reflection and healing through art.”

Other public art museums will also follow with their new exhibitions, such as the Suwon IPark Museum of Art, MMCA Gwacheon, Busan Museum of Art and the Nam June Paik Art Center.

The bad news is that it might be difficult for some exhibitions that were planned for the winter, or other upcoming exhibitions that involve overseas artists to be held. One of MMCA’s anticipated displays of “Sun & Sea (Marina),” from the Lithuanian Pavilion of the 58th Venice Biennale, has been pushed to next year.

“Reorganizing a new schedule is harder than making a new schedule. It’s not just about getting the works and artists here. It’s about the shipping, the insurance, figuring out a new date for everyone and so on. It will definitely be a challenge,” said Yun of MMCA.