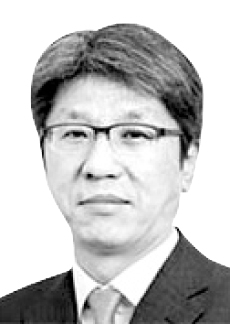 Democrat Franklin D. Roosevelt owed much to luck when he won the 1932 U.S. presidential election. The Great Depression caused by the Republicans had enabled him to seize the White House. And Roosevelt did not miss his chance. Over his four presidential terms, he managed to re-write the history of the United States with the New Deal, enacting programs that enabled a Democrat to occupy the West Wing for 30 years.

American political scientist Kristi Anderson described how Roosevelt was able to create a Democratic majority in her 1979 book, “The Creation of a Democratic Majority, 1928-1936.” For a while, I pondered writing a column about the book after reading it late last year, to offer some advice to President Moon Jae-in. But I gave up. Looking at his circumstances, it seemed Moon would be unable to digest the Roosevelt way.

However, everything changed after the April 15 parliamentary elections. Democratic Party (DP) lawmakers soon began talking about a “Korean New Deal.” Last month, Moon said the government would pursue that national project amid a “war-time economy.” The DP quickly picked up the cue and made a Korean New Deal its most urgent task for the 21st National Assembly. Does the DP hope to control the Blue House for decades?

Many people simply think of Roosevelt’s New Deal as large-scale public welfare and engineering projects. But the New Deal was a political strategy aimed at uniting liberal forces and seeking a grand shift in national policy.

In his acceptance speech to the 1932 Democratic Convention, Roosevelt said, “I pledge you, I pledge myself to a new deal for the American people. […] Give me your help, not to win votes alone — but to win in this crusade to return America to its own people.” Roosevelt equated the public to a sovereign ruler. Considering that the preceding Republican administrations placed business before people, the change in how the state treated the mass population during the Roosevelt administration was a relief at the time.

Roosevelt was able to form a new base of support through his New Deal policies. It was composed of three main pillars: relief projects for those in need, economic recovery through government spending and market reform. The administration increased spending by offering pensions for retirees and those with disabilities, and guaranteed workers the right to collective bargaining. Emphasizing labor and welfare in spurring societal change, the administration introduced social democracy across the country. As a result, Roosevelt was re-elected in 1936 and the Democrats won a sweeping majority in both the House and the Senate.

The Roosevelt administration had won the hearts of laborers, farmers and the poor, and even gained support from immigrants. By placing the socially and economically weak at the center of the New Deal, Roosevelt was able to form a “New Deal majority union.” Even so, the Democrats did not go antibusiness, as they also needed to win corporate support. Another key to the New Deal success was Roosevelt’s leadership in communicating with the public — such as his fireside chats and evening radio addresses.

The New Deal is starting to simmer in Korea as liberals here call for a “Moon Jae-in New Deal” to coping with the economic crisis triggered by the Covid-19 pandemic. Before the DP’s landslide victory in the general elections, such hefty government spending could be attacked as populism. But now, doling out emergency relief funds to every citizen no longer sounds like a far-fetched idea.

In the longer run, the ruling party will try to reshape Korea’s social economic order through fiscal expansion in a bid to win the next presidential election in two years.

At a time like this, conservative parties should be in emergency mode, yet they’re still running about in mayhem. Will the conservatives be able to block the liberals’ winning streak? Republicans in the Roosevelt administration fell deeper into a quagmire after they opposed each and every policy of the government. Their sheer opposition is what led them to lose in the presidential elections.

As we cope with the pandemic, Korean conservatives would not go so far as to blindly oppose the Moon administration’s policies for the sake of opposition. But now is definitely the time for the main opposition United Future Party (UFP) to redefine its political identity in the post-pandemic era. Parties will be assessed by their competence.