Altruism, safety net will be key after pandemic

Altruism, safety net will be key after pandemic 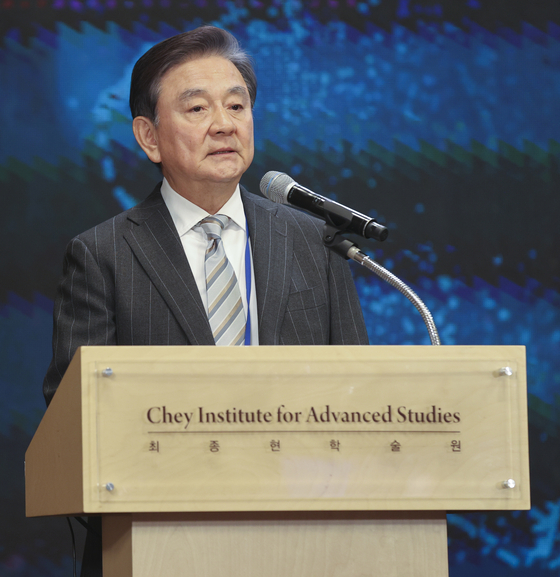 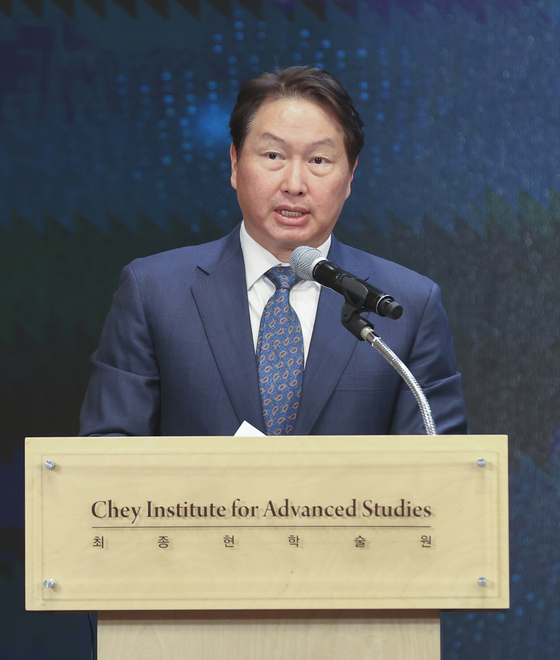 
The two leaders' comments came during an online conference jointly hosted by the JoongAng Ilbo and the Chey Institute for Advanced Studies, an academic foundation affiliated with SK Group.

The conference brought together business leaders, scientists and researchers to explore the ongoing progress of potential vaccines for the coronavirus and its epidemiological features and the pandemic’s impact on geopolitics. Titled “Covid-19 Crisis, Response and the Future,” the webinar was live-streamed on YouTube and the institute’s website.

“Covid-19 prompted us to look back on the existing system and the way business is being done,” Chey said. “The existing system was vulnerable to external impacts, and it also exposed the limitations of the private sector that only focused on investment deemed to deliver big profits and immediate results.”

He said that the spread of the deadly virus made him fundamentally reconsider the role of a corporation.

SK Group in March delivered lunch boxes to 1,500 children living in Daegu and the surround province of North Gyeongsang, Korea’s hardest-hit area. The group procured daily necessities in cooperation with social enterprises and SK employees in the region.

Chey said that charitable activities could represent a new business model in the post-pandemic era.
“In drawing up new policies and a new system, there could be some groups or individuals marginalized [by the system]. Corporations should play an active role in providing a social safety net that could address the excluded sector and resolve those problems,” Chey said.

Chairman Hong presented an idiomatic expression consisting of four Chinese characters — pronounced “jariita” in Korean — which refers to the attitude of improving oneself for the purpose of improving or benefiting others.

Hong said that the approach will help build a sustainable society after the outbreak, adding that it could work among multiple countries.

“[The attitude] could deliver a win-win deal between countries,” he said.

He went on to say that “The coronavirus will end when the African continent, which is considered to be the most vulnerable, survives Covid-19.”

“The United States and China are supposed to work hard to fight the virus, but all they do is shift the blame and point the finger at each other,” Hong said. “Now, joint efforts by the international community should take place, alongside the restored role of the World Health Organization.”
Hong also commended on Korea’s model to contain the coronavirus, described as three integrated steps involving testing, tracing and treatment.

“Korea stands as the only country in the world to fully embrace the so-called 3T system, encompassing testing, tracing and treatment. But at the same time, the country managed to achieve another T, which is transparency,” Hong said. “As a result, Korea gained a lot of attention through its soft power for the first time in its history.”

Science of the Covid-19

The first two sessions of the event delved into key questions surrounding the development of the Covid-19 vaccine and treatment.

And the biggest question is when a vaccine will be available.

Jerome Kim, director-general at the International Vaccine Institute, noted, “So far, eight vaccines have made it to clinical trials.”

Of the projects, he expected the ChAdOx vaccine to deliver a result in six months, although he was unsure whether the vaccine being developed at the University of Oxford would fulfill the promise.

“For the 2009 swine flu pandemic, a vaccine was developed within six months,” he said, “but the quick mutations of the Covid-19 virus would likely delay vaccine development further compared to the swine flu case.”

SK Bioscience, a biopharmaceutical affiliate of SK Group, is also working on a potential substance for a Covid-19 vaccine. The company plans to start clinical trials for the material as early as September.

Another key question is when the pandemic will run its course.

Ryu Wang-shik, a biochemistry professor at Yonsei University, said that the coronavirus could be said to have run its course when 70 percent of the global population has been infected, recovered and acquired immunity against the virus.

”In the beginning, when the virus broke out in China and then to Korea and Italy, it moved from the east to the west,” he said, “Recently, however, the directions went from the north to the south as the virus traveled from Russia to Brazil and Mexico.”

How the pandemic unfolds in Latin America could be an indicator of the future spread of the virus, Kim said.

As for the possibility of a second wave of the coronavirus, “The bat, which is considered to have first carried the coronavirus, lives on all parts of the earth except for Antarctica,” said Ahn Kwang-seog, a biological sciences professor at Seoul National University. “Since it flies, it has high transmission rates. Still, if we are cautious about gathering and minimize human-to-human contact, we could prevent a second wave.”

Still, Kim Hong-bin, an internal medicine professor at Seoul National University Bundang Hospital, urged the public to keep their guard up against the virus.

“Although the virus is far from ending, I am worried because people have gotten complacent,” he said. “We need to keep in mind that there is still no treatment and it can’t be overcome without strict self-quarantine measures such as social distancing, wearing masks and washing hands often.”