Activist-turned-lawmaker-elect Yoon Mee-hyang was accused Monday of exploiting victims of sexual slavery during World War II and neglecting their needs.

In its Monday morning edition, the JoongAng Ilbo reported new complaints about Yoon, a former head of the Korean Council for the Women Drafted for Military Sexual Slavery by Japan, who was elected last month a proportional lawmaker of the Citizen Party (CP). 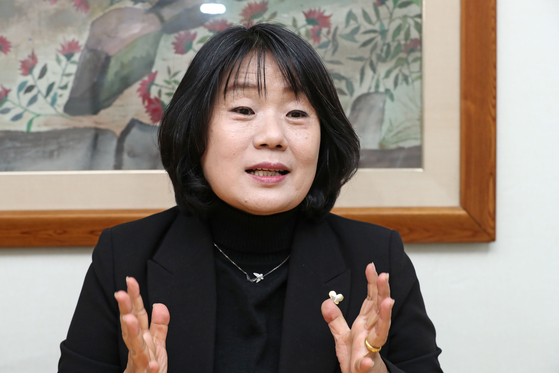 Yoon Mee-hyang, a rights activist and a lawmaker-elect of the Citizen Party. [YONHAP]


The newspaper obtained a hand-written letter from a former so-called comfort woman, who wished to remain anonymous, through another activist, Choi Yong-sang. The two-page letter was written in March to National Assembly Speaker Moon Hee-sang but never delivered.

It accused Yoon of pressuring her to reject compensation from Japan following a settlement between Seoul and Tokyo in 2015.
“When the government received 1 billion yen [$9.33 million] from Japan and gave 100 million won [$82,000] to each victim, Yoon telephoned me,” the survivor wrote. “She told me, ‘Please don’t take Japan’s money. When the Korean Council gets money, we will pay you,’ and pressured me to reject the restitution. But I wanted to receive the money for my sufferings.”

The Korean Council for the Women Drafted for Military Sexual Slavery by Japan, established in 1990, has been the leading advocate of the survivors. An organizer of the weekly demonstration in front of the Japanese Embassy since 1992, the council changed its name in 2018 to the Korean Council for Justice and Remembrance for the Issues of Military Sexual Slavery by Japan.

Following the Dec. 28, 2015 agreement between Korea and Japan, the Korean government launched the Reconciliation and Healing Foundation with the 1 billion yen restitution paid by the Japanese government in 2016. But the arrangement, struck under the Park Geun-hye administration, was unpopular domestically. President Moon Jae-in dissolved the foundation, effectively scrapping the bilateral agreement.

The JoongAng Ilbo made multiple requests for a comment from Yoon, but she did not respond.

While Yoon was critical of the 2015 deal, many of the survivors received money. Among the 46 surviving victims at the time, 34 did. As of now, only 18 are surviving.

“There was one victim who visited the foundation to receive the money. She said she had kept it secret from the Korean Council,” said a source informed about the operation of the foundation.

The letter was the second attack on Yoon in less than a week. On Thursday, Lee Yong-soo, a 91-year-old survivor, said former comfort women have been politically exploited for decades by the Korean Council and Yoon, expressing skepticism about their financial transparency and integrity.

In a press conference, Lee said the Korean Council has raised massive amounts for decades, but spent little on the victims. 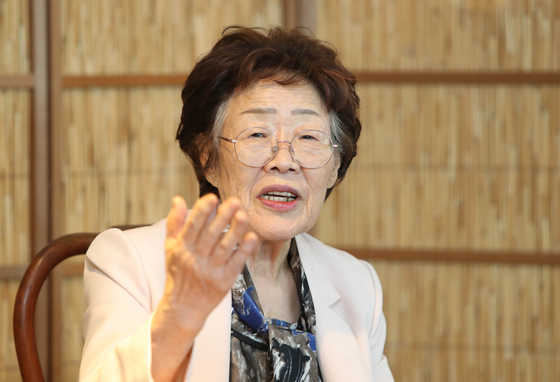 Lee Yong-soo, a survivor of Japan's wartime sexual slavery, spoke at a press conference to criticize the Korean Council, the organizer of the Wednesday demonstration and the leading advocacy group of "comfort women." [YONHAP]


Lee also said Yoon had kept the victims in the dark, although the government had informed her in advance about the details of the settlement in 2015. Lee said Yoon had known that Japan agreed to pay 1 billion yen, but never told it to the survivors.

Following Lee’s exposure, Yoon admitted last week that she had known about Japan’s restitution plan. She, however, said the Ministry of Foreign Affairs merely notified her about the deal on the eve of the announcement, rather than consulting with her in advance.

Yoon also said the survivors were being deceived by her political rival Choi, the source of the JoongAng Ilbo’s exclusive report. Choi had applied for a nomination to the CP to become a proportional lawmaker in the April general elections but failed. 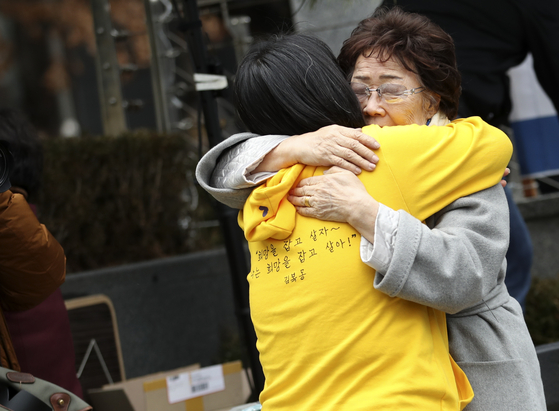 
The Korean Council on Monday held a press conference to refute Lee’s assertion that it had misappropriated donations.

“Giving money directly to the survivors is not the only assistance project,” Lee Na-young, head of the Korean Council, said. “We underwent routine audits on our accounting and made the reports public.”

According to Lee, the Korean Council received 2.219 billion won in public donations for three years from 2017 through 2019. Of that sum, 41 percent, or 911 million won, was spent to support the victims. The rest was spent when its members routinely visit the survivors, send goods necessary for living and fund funerals, she said. 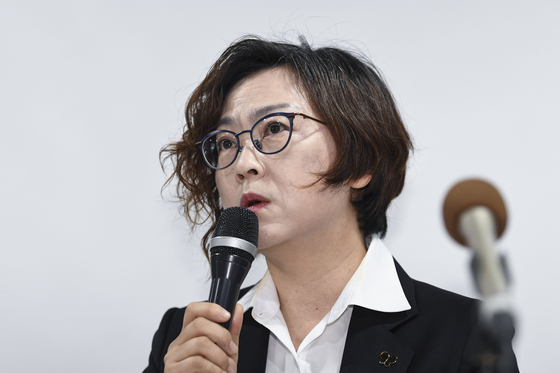 Lee Na-young, head of the KoreanCouncil for Justice and Remembrance for the Issues of Military Sexual Slaveryby Japan, speaks at a press conference on Monday to refute survivor Lee Yong-soo's criticism. [YONHAP]


“Most of all, we have formed a close relationship like a family with the survivors to comfort them, which cannot be expressed in the numbers in the budget and spending reports,” Lee said. “Don’t judge us by just looking at the budget earmarked for the project to support the survivors.”

According to Lee, the council operates a total of 12 projects. In addition to directly assisting the survivors, it organizes Wednesday demonstrations, works on inter-Korean exchanges and alliances with international groups and offers aid to overseas wartime sexual violence victims. Research projects, education, scholarships and fundraising activities are also being operated by the council.

“Because we have run vigorously for three decades in an extremely poor condition, the aged survivors’ feelings might have been hurt,” she said about Lee Yong-soo’s press conference. “It was an opportunity for us to look back on ourselves and make a determination to make up for our shortcomings.”

Lee Na-young also criticized the media for reports questioning the council’s integrity. “For the past 30 years, the survivors and activists have built a historical accomplishment in human rights. How can you damage it like this?” Lee said. “When no one raised the issue, courageous victims and dedicated activists and researchers created this movement. I honestly wonder if you reporters understand this history.”

At the press conference, Lee Sang-hee, a director of the council, denied the allegation that Yoon had stopped the survivors from collecting Japan’s restitution paid under the 2015 bilateral agreement.

“We let the survivors make their own choices,” she said. “We’ve checked with every single survivor to confirm their intention. It is groundless to argue that we’ve pressured them to reject the money.”

She also made clear that the Foreign Ministry never informed the survivors or the council when negotiations were ongoing with Japan in 2015.