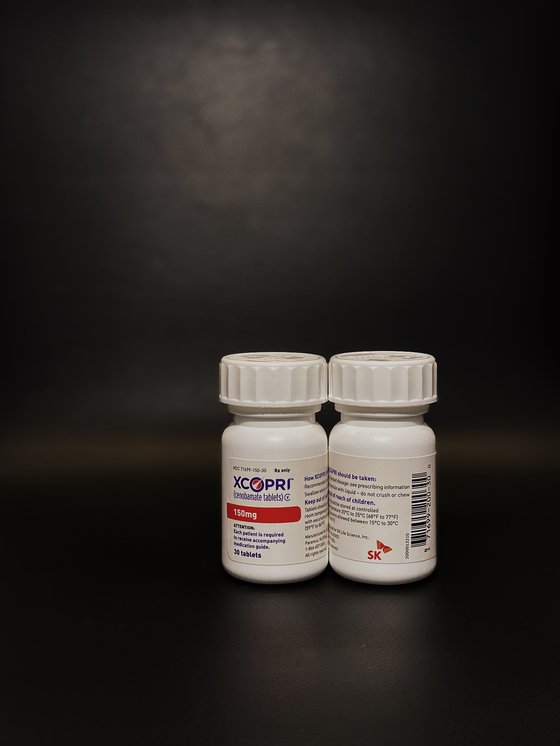 SK Biopharmaceuticals launched its treatment for partial-onset seizures in adults with epilepsy in the U.S. market months after the company earned approval from the U.S. Food and Drug Administration (FDA) late last year.


The SK Holdings subsidiary announced Tuesday that it started sales of Xcopri in the U.S. market. The company’s U.S. subsidiary SK Life Science is in charge of sales there.


SK Biopharmaceuticals was the first Korean company to earn FDA approval for a drug it developed on its own. Since getting that green light in November, it was in discussions with the U.S. Drug Enforcement Administration, which decides scheduling for drugs before they launch and what kind of enforcement is needed to monitor sales, while hiring more than 100 sales representatives.


Analysts have forecast Xcopri will generate around 1.1 trillion won ($934 million) in sales per year if the drug achieves a 5 percent market share.


According to GlobalData, a total of 2.86 million people suffer from partial-onset seizures in the United States, and that number is expected to rise 0.8 percent per year on average. The researcher projects the market for anti-epileptic treatments will grow 2.1 percent on average every year from $4.9 billion this year to $5.9 billion by 2026.


SK Biopharmaceuticals said Xcopri demonstrated a significant reduction in the frequency of seizures for patients compared to a placebo.


“Many adults with partial-onset seizures are still not able to control their seizures, even with the availability of many anti-epileptic drugs,” said SK Biopharmaceuticals CEO Cho Jeong-woo in a statement.


“We recognize that this is a very challenging time for the entire health care system, and we are committed to launching Xcopri in a responsible way.”


After the United States, SK Biopharmaceuticals is planning to establish independent sales and distribution networks to launch the anti-epileptic drug in Korea, China and Japan.

For Europe sales, it has turned to Switzerland-based Arvelle Therapeutics to commercialize the drug.

Launching Xcopri was also key to SK Biopharmaceuticals' preparations for an initial public offering on the Korean stock exchange.


Market analysts have estimated the pharmaceutical unit’s valuation at 5 to 10 trillion won, which would make it one of the largest offerings this year.


SK Biopharmaceuticals is also working on treatments for central nervous system disorders and an anti-cancer treatment.