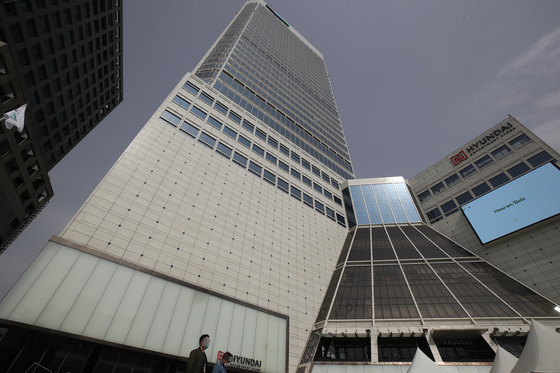 Doota Tower in the heart of Dongdaemun District, eastern Seoul, on Tuesday. It has been reported by local media that Doosan Group is currently in negotiation with Mastern Investment Management to sell the fashion mall. Doosan Group in late April finalized its self-rescue plan worth 3 trillion won ($2.5 billion), which included liquidating key assets. The first on the chopping block is the 34-story Doota Tower, which has been the group’s headquarters for since its completion in 1998. [YONHAP]