By Edit’s products each come with a story, and sometimes a book 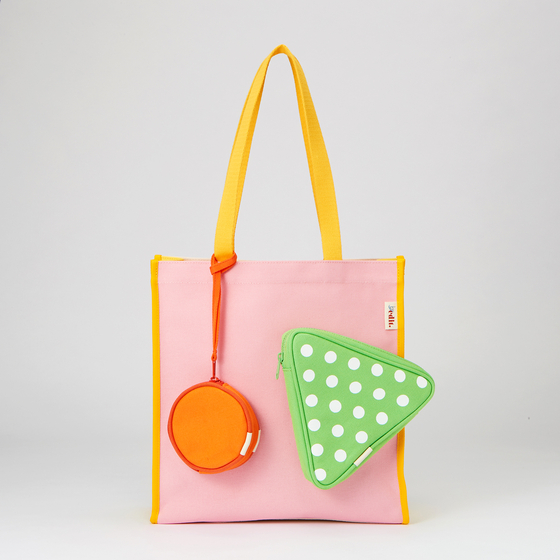 Above and below: Two bags from By Edit’s recent salad edition The company makes colorful and bright canvas bags. [BY EDIT] 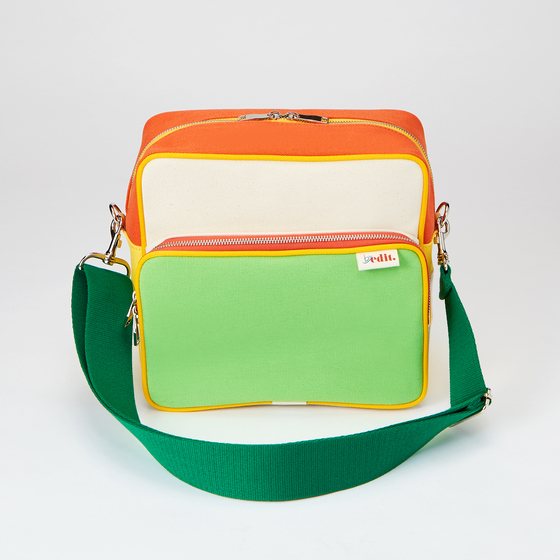 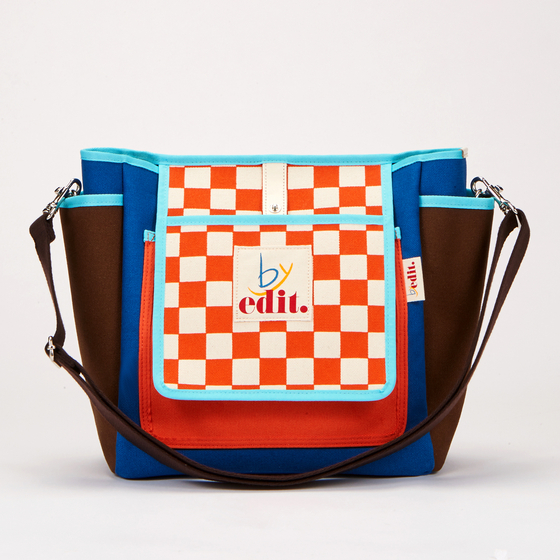 Above, one from the Copenhagen edition. [BY EDIT]


Luxury designer bags may be easier to get than some of the limited-edition canvas bags from By Edit, a brand started by former magazine editor Oh Sun-hee.

No matter how much money you can offer, it’s impossible to find some of the bags that have been released since the brand launched in 2017. Oh releases about three signature bags known as “editions” a year, as well as products such as cups or T-shirts that come in smaller quantities throughout the year.

This time, the brand is back with salad.

A By Edit bag is easy to spot. Not because it is widely available, but because its colors are bright and patterns are big. The bag is often all about the mix of bright yellows, reds, greens and blues, in a combination that some may say looks unsophisticated. Yet, the eye-catching juxtaposition of colors grows on you and has made the item especially popular among fashionable celebrities and frequent travelers. The first two bags the brand introduced immediately sold out.

“I like bold colors, and I like boldly using those colors,” said Oh, who mentioned that she is not a big fan of expensive luxury bags. She instead prefers something that she can comfortably carry every day, even on her travels.

After 10 years of putting stories together for a magazine, she realized that what she does better than consulting large fashion houses is making something that she likes. She leads the team to come up with a design that satisfies her and that appeals to potential customers. 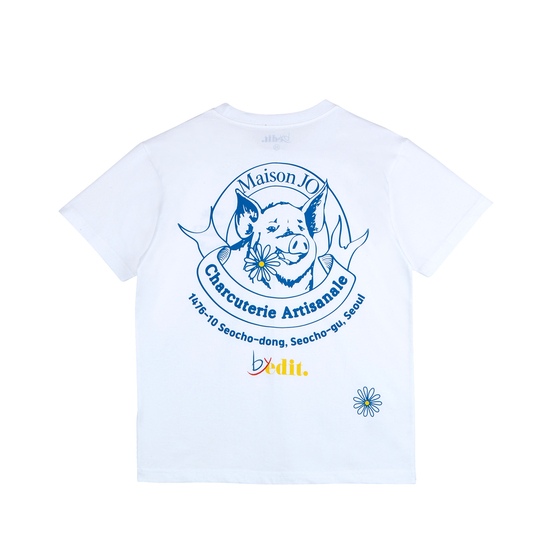 A t-shirt made by By Edit for French charcuterie shop Maison Jo, located in southern Seoul. [BY EDIT]


Most bags released as a part of each season’s “edition,” or theme, don’t get produced again after a certain time period, which causes a great deal of hype among fans of the brand.

“With more exposure through social media like Instagram, people get sick of brands faster than ever,” said Oh, who didn’t plan to work on the By Edit bag series for too long and has often said that she would stop making bags in the coming year.

“I try to continue to find what draws attention from the existing and potential consumers, so that they won’t get tired of the brand so easily.”

The salad edition was released this month in collaboration with Beaker, a contemporary multi-shop brand. The bag has orange, yellow, green and pink designs with attachable charms shaped like avocados, lemons and more giving the impression of a salad bowl. The price of the small charms and bags vary from around 30,000 won ($24) to 250,000 won. The products are available at Beaker’s flagship store in Hannam-dong in central Seoul’s Yongsan District until June 3, as well as its Cheongdam-dong store in southern Seoul and online. 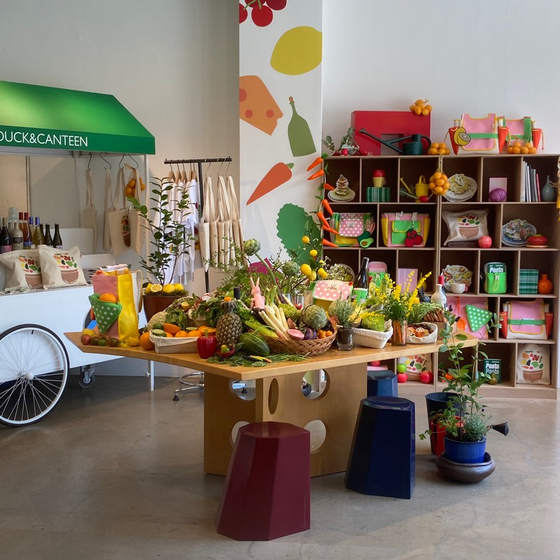 In collaboration with multi-shop Beaker, By Edit is running a pop-up store in central Seoul’s Yongsan District to introduce salad edition bags and books, as well as wine recommendations to pair with various recipes. [BY EDIT]


The store in Hannam has been decorated in all kinds of salad-inspired objects. Besides the variety of bags it has just released, the store has worked with a local wine shop to offer wines that can be paired with salad dishes. For those who are inspired to eat salad with salad edition bags, Oh, through her publishing company Poets and Punks, is offering a salad recipe book as well. Planning and making a book isn’t something unfamiliar to her, since she worked in print for years, she said.

“I thought it would be fun to publish a book that has stories related to each edition,” said Oh.

When the Busan edition came out in June, the bags were released with a city guide to Busan. The Italian edition was released with a pasta recipe book and the Copenhagen version with fables. She even made a leaflet that was available at the Korean Pavilion during the Venice Biennale last year.

She expects that about 60 to 70 percent of the books she makes for the bags will be cook books, as she finds that culinary inspirations have led her to do new things. Besides all the products the brand makes, she plans to expand to making lifestyle items such as a towel to use on tabletops while pouring teas and a picnic mat.

The brand’s understanding of the food and beverage scene started when it made a T-shirt for popular natural wine bar Wildduck Canteen in Yongsan District and charcuterie shop Maison Jo in Seocho District, southern Seoul. Wine importer Vin V approached the brand first to make a wine carrier, which was released a few weeks ago.

Oh has plans to bring the bags overseas, especially across Asia. The brand has already become popular with Japanese consumers, and it has collaborated with Parco Department Store in Japan to release a Shibuya edition. It plans to expand more to countries in Southeast Asia and Australia.

The feel of the products released by the brand doesn’t seem to be appealing to European consumers, she added, after trying to knock on the doors of major European markets and getting lukewarm responses.

Although the bags might not be appealing to Europeans, she thinks her books can be more approachable to her neighbors in London, where she lives now. She just established a branch office for her publishing company in London earlier this week so that she can work more on English-language guide books about Seoul. The first book, which will be published in both English and Korean, will be the Seoul guide and will be released with a Seoul edition bag in September.

She plans to include recipes for various anju items, a term indicating dishes that pair well with alcoholic beverages. She even has dreams of making alcoholic beverages of her own that she could put together with the bags and books that she already makes.

“What I make lies in what I like,” said Oh. “I wish all the products I make are enjoyed by those who live a relaxing and fun life.”

Buy one, give one