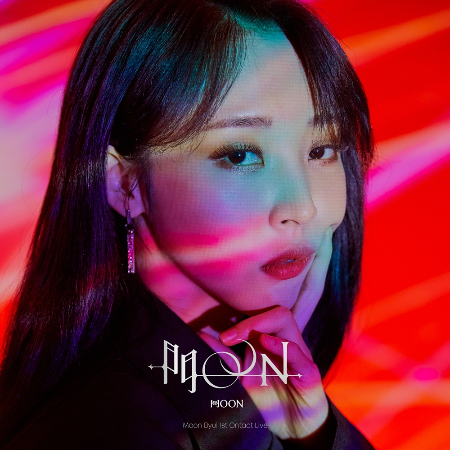 The cover of the album "Moon: Repackage" by girl group Mamamoo's Moonbyul. [RBW]

Girl group Mamamoo's Moonbyul has released Friday an image of the cover of her new album set to be released on May. 29, according to her agency RBW. Her second solo album is titled "MOON:Repackage" and marks the first time for a member of Mamamoo to release a repackaged album.
Moonbyul also plans to introduce some merchandise alongside the album release. It is possible to reserve your copy from May 18 through local outlets.

The day after the album's release, she will have her first solo concert "Moon" to meet with fans.

Earlier this year, the singer released her second album "Dark Side of the Moon" to showcase her own style of music and performance.