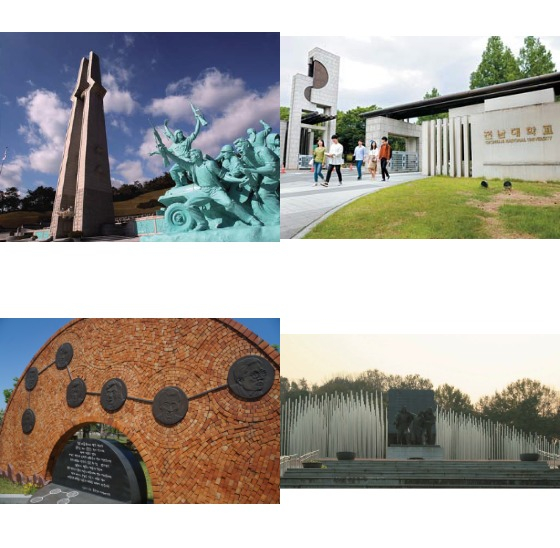 Clockwise from top left are May 18 National Cemetery; entrance to Chonnam National University; May 18 Memorial Park and May 18 Freedom Park, are among historical locations about the May 18 movement recommended by Cultural Heritage Administration. [CULTURAL HERITAGE ADMINISTRATION, JOONGANG ILBO]

There is no official pilgrimage trail for the May 18 movement in Gwangju for visitors to walk in the footsteps of thousands of student activists and civilians who called for democracy in Korea in the South Jeolla city in 1980.


In fact, a lot of the sites at the center of the movement, dubbed the May 18 Democratic Uprising by Unesco, have been replaced or renovated.

A building in Gwangju where participants in the movement were held hostage is no more than an empty plot of land. The South Jeolla Provincial Government building, the last battleground of the movement and alleged site where a shooting of civilians from a helicopter took place on May 27, 1980, is also under renovation work.

But simply walking through the city can hold a meaning of its own, especially as the country marks the 40th anniversary of the movement that grew into a nationwide democratization movement in 1987 and gave birth to Korea’s current democratic system.

The Korea JoongAng Daily has put together several locations in Gwangju for visitors to walk by on their own. The information about the sites have been provided by the Cultural Heritage Administration.

No one knows how many people died in the Gwangju uprising.

The official death count is 193, according to the Ministry of National Defense and Seoul Metropolitan Police Agency’s joint fact-finding report in 1995, but that number has been disputed. 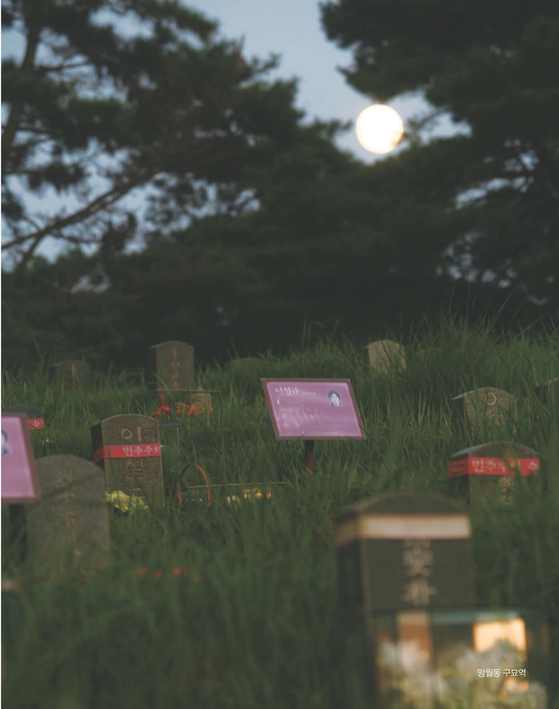 Former cemetery of participants of Gwangju uprising in 1980, located in Mangwol-dong in a northern part of Gwangju. [CULTURAL HERITAGE ADMINISTRATION]


It is worth visiting the former site where the dead were buried during the movement, located in Mangwol-dong, just across the street from May 18th National Cemetery. The tombstones are arranged not in order, allowing visitors to explore on their own.

One such tombstone belongs to Lee Han-yeol, a 21-year-old second-year student of Yonsei University who died after being hit by a tear gas canister in the nationwide democratization movement in 1987.

Many other tombstones are unmarked.

The prison where dozens of participants were arrested and met their death in 1980 no longer exists.

But the plot of land where it used to be, located at 261 Dongmundae-ro in Buk District of Gwangju has recently yielded remains of people, possibly the prisoners. 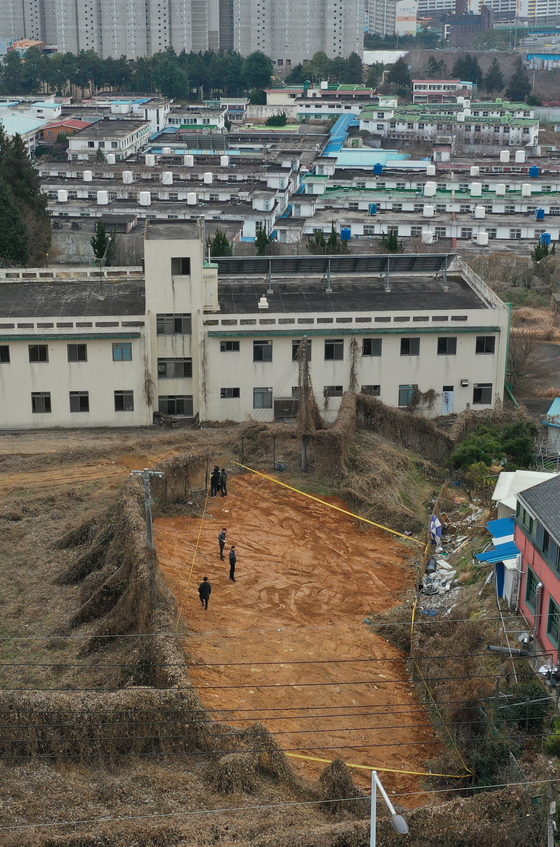 The plot of land that used to hold former Gwangju prison. This photo was taken in 2019. [YONHAP]

Last December, the remains of about 40 people were discovered at the site, according to the Ministry of Justice.

The discovery came when the government was digging up the area to move some graves, believed to be those of prisoners with no family ties. Some experts have pointed out that the remains of 40 people found may belong to people who went missing during the Gwangju uprising.

The government said at the time that DNA tests on the remains will be conducted. 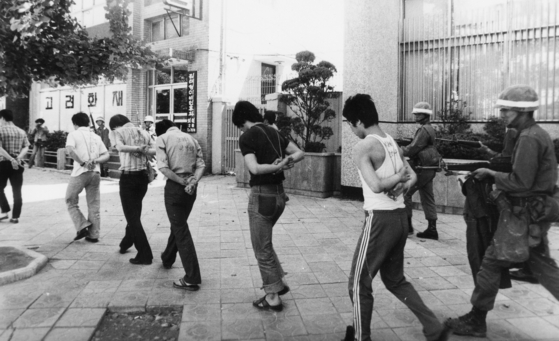 Participants of May 18 movement arrested in Gwangju in 1980. [JOONGANG ILBO]

The stretch of the road connecting Geumnam-ro 4-ga Station and Geumnam-ro 5-ga Station was once occupied by thousands of students and civilians, who called for democratization of the country and the end of the martial law.

The street itself holds no evidence of what took place there 40 years ago, but this was the center of the scuffles between civilians and police and troops. It was here that tear gas canisters were fired, participants were rounded up and beaten by the police and troops opened fire, according to some witness accounts. 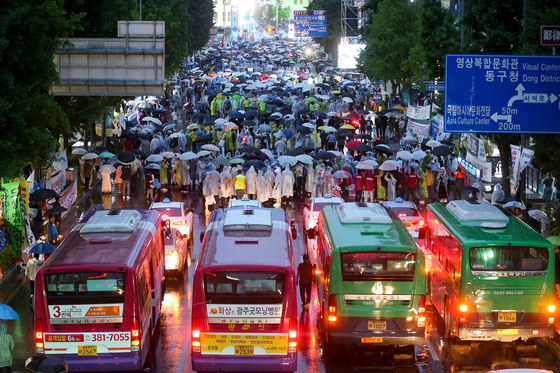 A march to remember the May 18 movement at Geumnam-ro in Gwangju in 2019. [JANG JEONG-PIL]


To best experience what it was like then, visit the street on May 18, when civic organizations and local governments host marches every year.

The former South Jeolla provincial government building was the last battleground for civilians who staged a sit-in at the building until May 27, 1980. 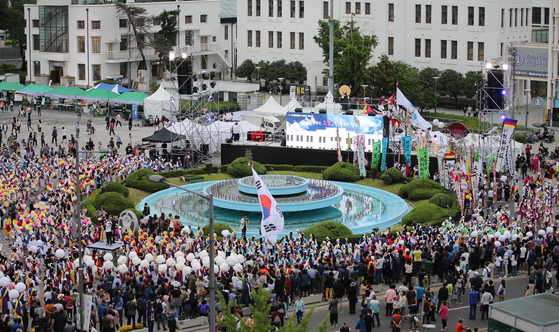 Currently there are plans for renovations, some of which have raised opposition from families of victims.

Visitors can find, however, a special exhibition showcasing copies of the telex filed by AP reporter Terry Anderson during the uprising, on the second floor of the annex building. 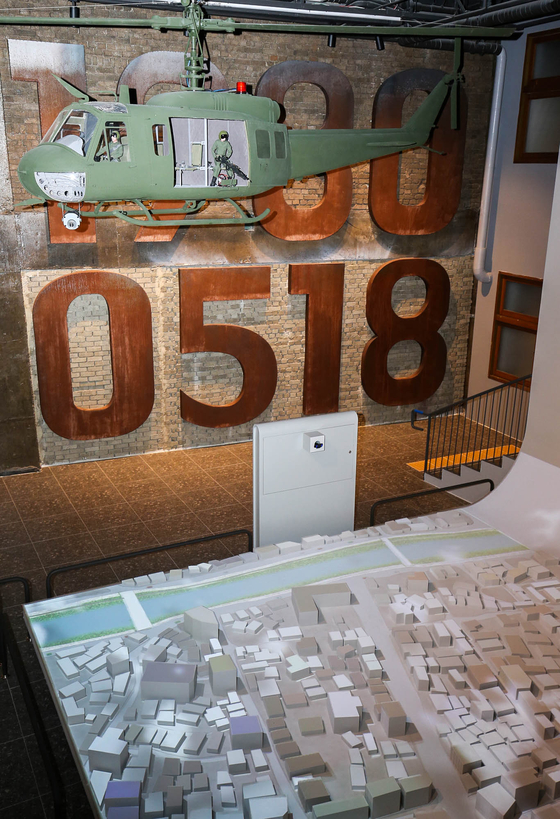 
Across the street from the former provincial government compound is Jeonil Building, which still has bullet marks from the scuffles of the uprising. Copies of documents and records on the movement registered by Unesco on its Memory of the World Programme are also on display on the ninth floor of the building.