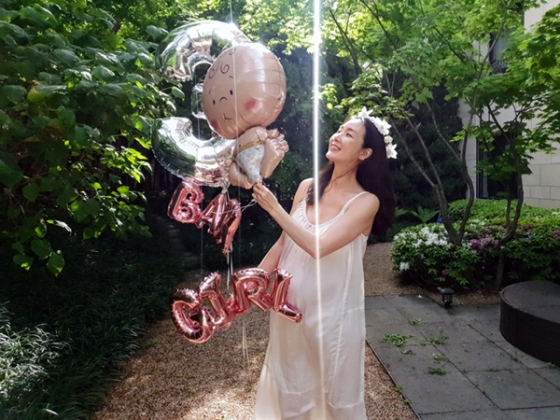 Photo of Choi Ji-woo uploaded on Star Jiwoo, an online community of her fans, earlier in May. [SCREEN CAPTURE]

Actor Choi Ji-woo gave birth to her first child, a daughter, on Saturday.

“Choi and her daughter are both well,” her agency YG Entertainment said in a statement on Saturday. “We thank everyone who wished her well and congratulated her.”

Choi got married to an IT company worker in his 30s in 2018. The couple held a wedding with family members and close friends at a hotel in southeastern Seoul in April that year, and announced the wedding to Choi’s fans afterwards.

Choi recently left a message for her fans online.

“Being pregnant during the Covid-19 outbreak has not been easy,” she said in the message.

“I utterly respect all the mothers in Korea who have gone through this process […] I hope for a brighter world by the time I send my greetings to you again after my child is born.”

Choi made her acting debut in 1994 and rose to stardom while appearing on KBS 2’s “Winter Sonata” in 2002 with actor Bae Yong-joon. Last year, she appeared in the tvN series “The Most Beautiful Goodbye.”