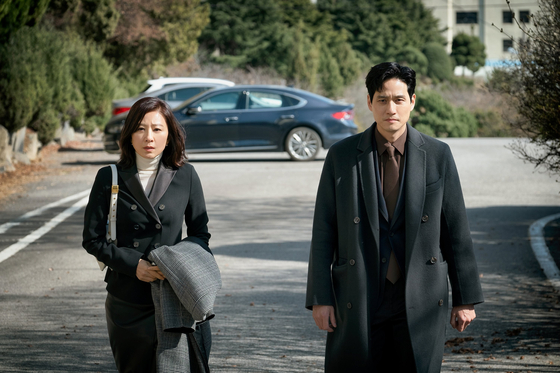 A scene from JTBC drama series "The World of the Married." [JTBC]

Smash-hit JTBC drama series “The World of the Married” has wrapped up its 16-episode run, setting a record-high viewership rating of nearly 28.4 percent for a cable drama.


According to Nielsen Korea, the final episode of the series, aired Saturday night, recorded viewership of 28.371 percent.

The number makes “The World of the Married” the most watched Korean cable drama series, surpassing the previous record, of 23.8 percent, set by the final episode of another JTBC drama series, “SKY Castle,” in early 2019.

Based on the BBC TV series “Doctor Foster,” which aired in 2015 and 2017, the 16-episode series has captured Korean viewers with its intense suspense and swift storytelling smartly altered for a Korean cultural context.

The plot centers on Ji Sun-woo, played by Kim Hee-ae, a dedicated wife and doctor who finds out about her husband’s betrayal and sets out to take revenge against him.

JTBC will begin airing the original BBC series, “Doctor Foster,” this week following the conclusion of “The World of the Married.”