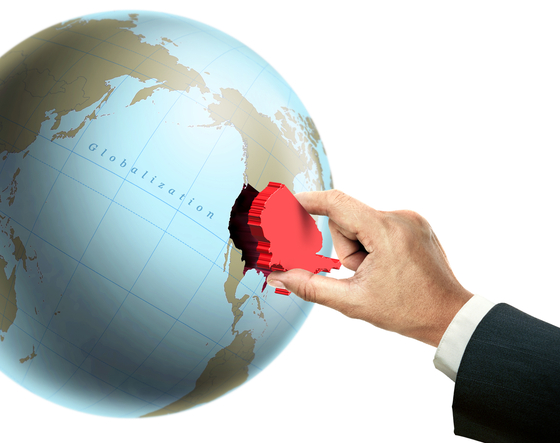 Earlier this year, France declared a war against bed bugs as the pest appeared not only in hotels and lodgings but also in hospitals, apartments and theaters. Major cities in the United States and Southeast Asia are also struggling with bed bugs. In 2016, a hotel in Busan had a case of bed bugs.
The spread of bed bugs is an aspect of globalization. As technological advancement allows borders to open up to the movements of people, goods, capital and information, bed bugs on travelers’ luggage and other channels can cross borders easily. Globalization widened the boundary of bed bugs.

Globalization reduced the distances for everything. In the closer distance, the global community has become closely entangled in fate. Crisis and disease spread easily, and the entirity of mankind is exposed to the risk. The waves of the global financial crisis that started in 2008 are spreading across the world. Covid-19, which first started in China, has led the entire world to suffer.

Covid-19 is a fatal blow to already shaking globalization. In order to prevent the spread of the pandemic, countries are keeping a distance from one another, restricting entry, closing borders and controlling exports, and it is about to kill globalization. This year, the international trade volume is expected to drop by 10 to 30 percent compared to last year. British magazine The Economist published a cover story titled “Goodbye globalization” for the May 16 issue. Fatigue over globalization is nothing new. From “slowbalization” of regressing globalization to “deglobalization” of prioritizing own interests, “distancing from globalization” seems to be the new trend.

The Economist wrote that the greatest period of globalization has ended, and it has become harder to resolve global challenges like economic recovery. It feels real already. After the first trade deficit in April in 99 months, Korea’s exports from May 1 to May 10 decreased by 46.3 percent from the previous year. Can we handle an unprepared breakup with globalization?