Tomorrow X Together shows off its dark side on latest EP

Tomorrow X Together shows off its dark side on latest EP 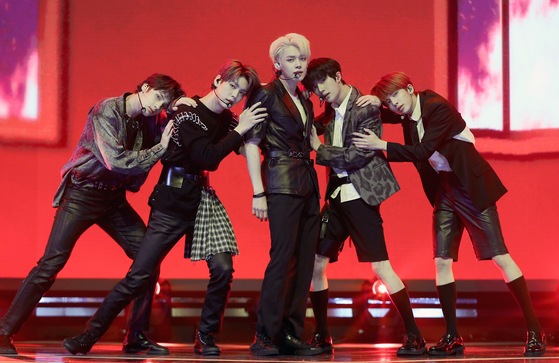 Tomorrow X Together performs the lead track off of its second EP "The Dream Chapter: Eternity" during a showcase held on Monday at the Yes24 Live Hall in eastern Seoul. [ILGAN SPORTS]

Since its debut, rookie boy band Tomorrow X Together has been singing about the emotions of youth, and on its latest EP, the group explores the darker sides of being young.

Tomorrow X Together, also known as TXT, released its second EP “The Dream Chapter: Eternity” on Monday and revealed it through an online showcase for the local press.

On the EP's lead track “Can’t You See Me?” the band expresses the confusion and chaotic thoughts that arise when a young person encounters a harsh reality for the first time — especially a relationship between other people.

“Our music is about the experiences that boys encounter as they grow up,” said leader Subin. “This EP is about what we feel when we come across a dead end in our real life.” 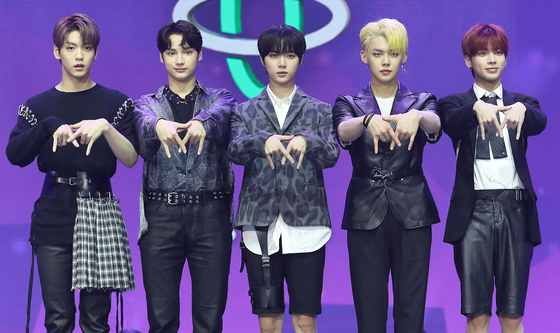 Tomorrow X Together stands for photos at the showcase for its second EP "The Dream Chapter: Eternity" held on Monday at the Yes24 Live Hall in eastern Seoul. [ILGAN SPORTS]


These emotions are not only expressed through the lyrics, but also the song's choreography — which utilizes movements like holding their heads in their hands and turning their backs on each other, to show distrust between people.


“In this song, we express our loneliness amid a ruptured world. We blame them, but, at the same time, hope that they will save us. It’s a little darker than usual,” said Yeonjun.

Even though the track is a sudden transition from the bright and upbeat songs TXT has released in the past, the year the group has spent since its debut has allowed each member to become experienced enough to handle a new challenge, according to Taehyun.

“We’ve definitely become better at getting ourselves into certain emotions,” he said. “There wasn’t a chance for us to try out a depressed feeling, but through the process of shooting the video for this song, we’ve become much better at it.”

Last year, TXT stormed the K-pop scene by winning the Rookie of the Year award at 10 different award ceremonies. This year, their goal is to pave their paths as musicians.

“We’re on our way to achieving our goals,” said Hueningkai.


“Our biggest dream is to give people consolation and energy through our music.”